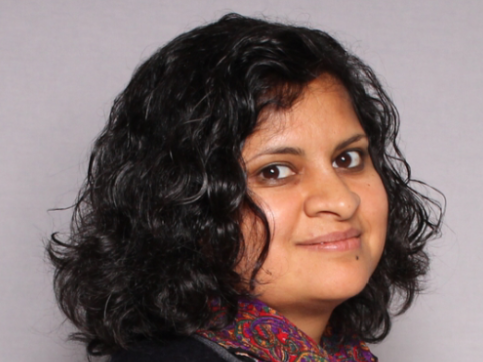 In my last blog, I was getting ready to take DevNet STEAM community to Bay Area Maker Faire and would like to report that it was super fun event.  Over 5000 kids stopped by Cisco DevNet booth and created their first IoT application using DevIoT and also learned about cool Cisco collaboration technologies.  For most of us makers, it was the three days of creative dose and just the perfect reminder about the spirit of making and the immense satisfaction we all get out of it.

Making or creating something whether baking a cake, a robot out of your DIY kit or a reusable rocket ship to make humans more multi-planetary, is all about problem solving. It is this problem solving capability in every human that made us move from caves to settlements, from farming to industrial revolution, and now to the era of technology and digitalization.

I believe that the era of digitalization will be about the network of physical things and software that will enable these things to connect and communicate. This promise of IoT is all about bridging the world of atoms(real things) and bits(software). Arduino is one such open source prototyping hardware + software platform to enable us all to start playing with this possibility.

I personally feel very passionate about the power of making and integrated world of atoms +bits. Cisco DevNet Women in Tech community hosted first successful Arduino workshop in April in SJC and now would like to bring this to Cisco Live Vegas.  This workshop will focus on guided learning to get you started on your IoT journey with an introduction to Rest APIs, basics of electronic and prototyping your IoT app using Arduino. Come learn about how you can create your own IoT applications using Arduino and DevIoT.  Learn more about the workshop and register.

You can see the list of all the IoT workshops and panel discussions at CiscoLive DevNet Zone here, including:

Hope to see you all there!