My 2 C160 (in release 6.5.3 for now) have an available update to AsyncOS 7.0.0 apparently released in 11/09. OK but why there is now release note about this version anywhere, ironport site alsways talk about 6.5.3 as the last version.

Anyone have information about this ? 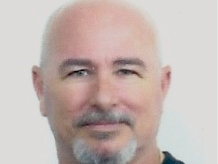 AsyncOS 7.0.0 has been released as an "early release" or FCS Limited Release to a subset of customers. You can see on the support portal that status along with release notes. Full GA (General Availability) is generally be shortly thereafter.

AsyncOS 7.0.0 has been released as an "early release" or FCS Limited Release to a subset of customers. You can see on the support portal that status along with release notes. Full GA (General Availability) is generally be shortly thereafter. 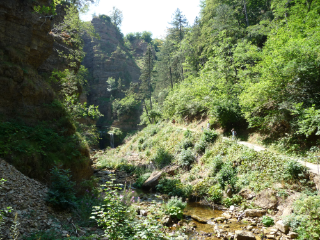 Does that C-series AsyncOS 7.0.1 version include 'SMTP Call Ahead' feature? That is a new LDAP alternative method for recipient (RCPT TO) address verification. Similar to Postfix MTA verify feature; http://www.postfix.org/ADDRESS_VERIFICATION_README.html

It's been mentioned in Ironport forum that it's coming, but is it included in that 7.0.1 version? If not, when do we get such a version supporting this feature?

Our customers do not like creating LDAP connections from C-appliances located in DMZ to their LDAP servers located in their private LANs. SMTP Call Ahead would be the solution since it's done via the same SMTP opening where the messages are being delivered to the target mailbox servers. And there are even no legacy VRFY requirements for target mailserver since the verification is being done by EHLO/MAIL FROM/RCPT TO and then listening for the reply code '200 Ok' or '505 User unknown', and then using this information either allow or reject incoming mail traffic for this recipient. The method is sure interoperable with most of the mailbox servers out there. For example in MS Exchange you just need to activate recipient filtering to allow incoming mail only for those SMTP addresses that are listed in Active Directory. No maintenance, no updates, no LDAP connections, no LDAP accounts, but just the SMTP opening against the target mailbox server.

There is something similar on the testing phase and there is a big maybe doesn't mean that it'll make it.

On the other hand looking up the limitation for postfix and this "call ahead" feature will make anyone think twice for using it.

This is from POSTFIX site:

YIKES!!!  I don't want to be black listed... Plus there is mention of 6 seconds delay per recipent validation the first time around...without too much dive into this... I would raise a flag of caution...

On IronPort side of things...stay tuned..   that's my two cents

Postfix verify feature uses local cache file for previously made verifications. For both negative and positive answers. You can adjust cache TTL values freely. Without any adjustments it's been working beautifully in several Postfix based MTA's that I use to maintain. Somethiong quite similar behaviour would be good in C-series appliances. That verify cache really decreases the extra recipient verification load on target mailbox server, and it makes recipient verification process running without notable delay in the front-end MTA router.

We have even tested and used Postfix verify feature to reject mail traffic for forged sender email addresses. There's spam coming in from faked sender addresses like info@ourcorpporate.com even that address is not used. So it's forged mail. In Postfix MTA that verify feature can be configured also using the same recipient verify method to allow or reject inbound mail for according to the given sender address (MAIL FROM). After creating a new local email address into our mailbox server, it takes some short moment (see above TTL) while the Postfix front-end is clearing the cache for this sender or recipient and tries making online verification against target mailbox server. The TTL delay causing new local mailbox visibility not to happen in realtime, is not disturbing at all.

The IronPort appliance already does cache the ldap lookups and it's configurable to how many entries it should cache and how long should retain the cache. so under the "System Administration" > "LDAP" click to anyone of your ldap profile to edit then click on the word "Advanced". There you will see the "Cache TTL" and Maximum Retain Cache Entries".

0 Helpful
Reply
Latest Contents
Crytophgraic algoritms required by the secure gateway do not...
Created by latenaite2011 on 08-03-2020 09:33 PM
1
0
1
0
Hi Everyonem Just wondering if anyone knows why I am getting an error that says "Cryptographic algorithms required by the secure gateway do not match those supported by AnyConnect.  Please contact your network administrator.".  See attached... view more
20 Cybersecurity Considerations for 2020: Download the Cisco...
Created by Kelli Glass on 08-03-2020 02:57 PM
0
0
0
0
The Cisco 2020 CISO Benchmark Report provides valuable takeaways and data on the most pressing topics: the impact of vendor consolidation, cybersecurity fatigue, outsourcing, top causes of downtime, the most impactful threats, and more. The repo... view more
Stealthwatch Identity Certificate issue
Created by donald.heslop1 on 08-03-2020 02:24 PM
0
0
0
0
Hi, Has anyone run into the "Channel down" issue when updating the identity certificate on the Stealthwatch SMCv and SFCv. I'm doing a POC for a client and every time I go an update the identity cert the SMC says "it could save the configuration" and... view more
Orbital Query Corner - Hunting WMI based backdoor mechanisms
Created by brmcmaho on 07-30-2020 10:26 AM
0
0
0
0
The Advisory On July 16 2020, the U.K. National Cyber Security Centre and Canada’s Communication Security Establishment, in cooperation with the U.S. National Security Agency and Cybersecurity and Infrastructure Security agency, issued an advisory [... view more
Cognitive Release Note, July 2020: Cognitive Alert Fusion Ea...
Created by jkrupick on 07-29-2020 04:19 AM
0
0
0
0
User Experience Enhancements  As part of the Cisco Common User Experience program, we are working towards a more uniform user experience and terminology alignment across all Cisco security products.      Cognitive Alert Fusion Early A... view more
CreatePlease login to create content
Discussion
Blog
Document
Project
Video
Related Content
Discussions
Blogs
Documents
Events
Videos
Projects
Content for Community-Ad