Cisco Community
English
Register
Login
RegisterLogin
Options
Turn on suggestions
Auto-suggest helps you quickly narrow down your search results by suggesting possible matches as you type.
Showing results for
Search instead for
Did you mean:
Announcements
Step-by-Step Configuration and Troubleshooting Best Practices for the NGFW, NGIPS and AMP Technologies A Visual Guide to the Cisco Firepower Threat Defense (FTD)
6739
Views
0
Helpful
11
Replies

We will be doing a POV for ASA Firepower services(ASA 5506X) and came across a question about deployment. Our goal is not to touch/impact the network and introduce the ASA Firepower Services into the production with monitor-only mode to analyze traffic. We knew that the ASA needs to be in transparent for this.

My question is, Can we just change ASA mode to transparent, assign a interface to Firepower traffic forward, nothing else on ASA as we want to use only firepower services?

My core switch has connection to Internet router and do not want to put ASA in the path using transparent. Just SPAN from switch to ASA Firepower? Can this be done? Do not want to use ASA at all... 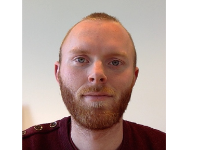 Page 16-21 in this document: http://www.cisco.com/c/en/us/td/docs/security/asa/asa93/configuration/firewall/asa-firewall-cli/modules-sfr.pdf

The ASA must be configured in Single context and transparent mode.

Page 16-21 in this document: http://www.cisco.com/c/en/us/td/docs/security/asa/asa93/configuration/firewall/asa-firewall-cli/modules-sfr.pdf

The ASA must be configured in Single context and transparent mode.

Thanks. Thought of same. I

You can not use the

You can not use the Management port as the listening port.

The management port is only used for managing the ASA and the Firepower module. :)

My purpose was solved. Now we are success with Firepower services without configuring anything else in ASA in the network.

So a stand-alone ASA-X could,

Can the Firepower module forward all that info by Syslog to my external SIEM/Cloud App analysis system?

How about performance numbers for this passive setup?

What ever you can get out of

What ever you can get out of your standard Firepower installation, you can also get out of this passive listening setup with a standalone ASA connected to either a FMC or on-board managed while sending all the syslog you want. :)

Performance numbers depends on the model of the ASA. You are welcome to call me.

Would still be possible for a passive deployment using FTD5508-X?

Sure - either an ASA with ASA software and a Firepower service module or an ASA (or Firepower) appliance running FTD can work in such a scenario.
0 Helpful
Reply

But it is not available for FDM only right?

By the way, for this passive interface deployment, does it also mean one interface is enough to monitor the traffic?

A single interface is indeed enough to monitor the traffic.

As far as I understand,in passive monitor-only mode we won't be creating access control policies.Then how do we see recommended actions from FMC.Will it be seen under Threats/Intrusion events?