Turn on suggestions
Auto-suggest helps you quickly narrow down your search results by suggesting possible matches as you type.
Showing results for
Search instead for
Did you mean:
Start a conversation
Options
1331
Views
0
Helpful
1
Replies 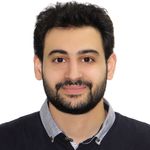 i hope you are all well,

please note that i have faced a strange issue with these phones "7940/7960" and i would love to share it and how it was resolved,

a cluster with 7940/7960 phones was upgraded from call manager 10 to 12.5 aka 12, those phones didn't restart and kept on working, after some of the phones were restarted, the phones would reboot and upgrade to the SIP Firmware by default, while the phone is configured on call manager as SCCP hence they will get a status of rejected, it turns out this is a known issue when upgrading to call manager 12.

Cisco support will not allow a case to be opened for these phones since they are End of Life EOL you have to really explain the situation for them to allow it,

why not stay on the SIP version you might ask, the phone becomes like a basic phone and losses most of its features i will attach and image, even dialing numbers become frustrating for end users, also no Softkey Template on call manager.

the resolution to convert to SCCP:

• Delete the files "sipdefault.cnf, and OS79XX.TXT" if found in the call manager TFTP server and proceed with the following :

i hope this helps,