We use em so when we press services we can see the login option and the phone appears to register but the screen remains blank and unable to dial. Any one else seen this issue, to be honest I had it on the win7 32 bit as well but just went back to 7.0.5 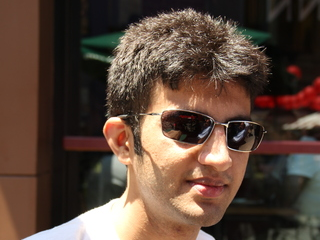 Any help would be appreciated

Is there a firewall in between CUCM and CIPC, doing SCCP packet inspection?

Thats a good point we recently had an issue with 79XX phones runing over a VPN that were new, they were on UDI version 11, which is the latest version, though all the ports were open in the firewall the Juniper firewall inspection was still dropping the packets as it did not recognise the version of code the Juniper was running. In the end we had to disable this inspection using the "unset alg sccp enable" on the Juniper gateway, not ideal but got rounf the issue, With regards to IPC  as it works on version.7.0.5 no problem has a similar thing happened with version 8.6.0 where the version information it not being recognised by the FW

Looks like a TAC case could be in order

Spot on that was it the SCCP version was incorrect.

Looks like a small word with the firewall guys

0 Helpful
Reply
Latest Contents
Whisper coaching
Created by safety2008 on 08-07-2020 02:48 AM
0
0
0
0
Good morning in this Cisco documentFeature Configuration Guide for Cisco Unified Communications Manager, Release 11.5 it saysWhisper CoachingUnified Communications Manager also supports whisper coaching, a CTI enhancement on silent monitoring wh... view more
Jabber Phone Services not working after Upgrade CUCM and IM&...
Created by stuart.pannell on 08-03-2020 02:55 AM
3
0
3
0
Hi All,I have an issue since the upgrade where it looks like I am not getting Phone Services, IM&P is working.I have done some firewall monitoring and can see requests to port 6972 for TFTP, I have tried to connect to this port to see my jabber-config... view more
CUCM Phones and Extension deletion BAT using Custom File.
Created by Ritesh Desai on 08-03-2020 02:00 AM
0
5
0
5
In future definitely the need arise that the old extensions requires to be deleted. If the extension deletion range is straight like example 1000, 1001, 1002, etc. then it’s very easy to delete. What if extension deletion it’s not in straight order like 1... view more
Unconditional Forward
Created by mhoffman@pennhighlands.edu on 07-31-2020 06:27 AM
1
0
1
0
We are forwarding calls from Call Manager to another system. There is a lag. I was told to set the cisco side to unconditional forward so it bypasses the settings and forwards right away.  I can't seem to find that setting or maybe its called somethi... view more
Differences among Webex meetings/teams/events
Created by KonstantinaPatera25918 on 07-30-2020 01:39 AM
1
0
1
0
Hello!If you could help me and show me where I could find all the characteristics and differences among Meetings/Teams and Events of Webex have.I mean could I find this somewhere in a PDF document or anywhere on the website??Thank you in advance!
CreatePlease login to create content
Discussion
Blog
Document
Project
Video
Related Content
Discussions
Blogs
Documents
Events
Videos
Projects
Content for Community-Ad