Configured Cisco Jabber 9.0.1  for windows and able to login to Jabber.

Integrated with LDAP, CTI Gw, CCMIP, CFS all are created.

I cant call or I cant make any video call.

I have configured Jabber same as how we configure CUPC

Labels:
Everyone's tags (1)
2 people had this problem
I have this problem too
0 Helpful
Reply
14 REPLIES 14
rajesh.kumar

I dont get video option in Jabber.

I believe, File>Option and Video, I dont get this option.

Any one aware how to make video call through jabber?

I dont see any option avaible in Jabber while selecting that user whose phone has already video capable.

In the Jabber client, go to File-->Options-->Phone Accounts. Is the Username Password populated under "Phone Services"?

I have entered user/pass under

I got video option, after I choose "Use my computer for Calls"

Also on top menu, under "Communcation" I see only "Chat" option available.

I am having the exact same issue.  When we used CUPC, we were able to call other CUPC users by right-clicking their name.  However, in Jabber, we can only chat.  "Call" is no longer an option.  One thing I did notice is that everyones profile doesn't have their phone number or extension listed.  Could this be the issue?  If so, how do I get their extension to attach to their profile?  I have tried looking through all the options on the Administrator web console, but have had no luck.  Any suggestions will be greatly appreciated.

Do you have the directory working, if you do have it working with either EDI or UDS and you add the contacts is CUPC and now you have logged into Jabber try deleting the contacts and re adding them to the client.

If your directory is not working then you must get this working before the Call option will appear, Jabber will use EDI by default so depending on your requirements you may need to change to UDS to get this to work.

Thank you for the reply Nick.  However, I can't find where you are talking about in the Administration Console.  Right now everything is integrated with LDAP, which has everyone's extension tied to their account.  Is this what you are referring to?  I can't find anything about EDI or UDS.  Also, I tried deleting and readding them on my client, but it didn't help.  The "Call" feature is totally unavailable.  It's not even greyed out.  It just doesn't show up at all.

Directory integration is discussed in the jabber config guide

Thank you for the information.  It got me going in the direction I needed to be going.  Although, I think I've found my problem.  I said earlier that users profiles don't list their extensions that are tied to their accounts in LDAP.  However, that isn't entirely true, and I do apologize.

I just realized that some users profiles do have their phone numbers.  It's just pulling from the wrong field in LDAP.  So, I found where to change it (CUP Admin>Application>CUPC>Settings).  In there I changed the "PrimaryPhoneNumber" to pull from the "ipPhone" field in LDAP instead of pulling from "telephoneNumber".  I went back into the CUCM Admin console and synced everything, but it's still listing the old phone number.  I deleted and readded the contact, but no luck.  Does it just take a while to sync, or am I way off track here?

Again, thanks for all of the help.

Looks like if I just put their extension in that field in LDAP, it displays in their profile in Jabber and the call feature works.  Not really ideal, as I want it to pull from the field I specify, but you can't have your cake and eat it to I guess.

jabber-config.xml file required to be uploaded into CUPS.

This will resolve the issue. 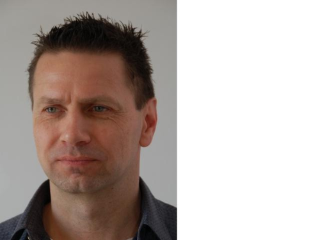 Where to upload? Please explain.

To the TFTP, if you review the J4W configuration guide, it's all explained there.

jabber-config.xml file required to be uploaded into CUPS.

This will resolve the issue.

I think, you have to upload the file into the CUCM´s TFTP. Because CUPS havn´t an TFTP-Server. This was the solution for me! Maybe also for others. Wireshark dont lie ;-)

A very good tool to create an jabber-config.xml file is https://supportforums.cisco.com/docs/DOC-25778

0 Helpful
Reply
Latest Contents
what is the proper OS for CUAC Standard 10.6
Created by mohammad saeed on 01-25-2020 09:26 PM
2
0
2
0
Hi Guys, I want to ask about what is the proper OS for CUAC server 10.6 and for client as well? Thanks for all support
UCCE Admin Script that sends an email
Created by leftovers on 01-24-2020 12:27 PM
0
0
0
0
Is there a way in UCCE with using an admin script maybe using the email application in Call Studio to send out an email? I know in UCCX you can send out an email if the script were to fail but is there a way to do it in UCCE? Any help would be great!
Cisco CME lab on Packet Tracer 7.2
Created by vince.castro on 01-23-2020 06:01 PM
0
0
0
0
Fun lab with Packet Tracer and running Cisco CME with 3 ip phones, 3 laptops, 1 switch, and 1 router.  Fun lab with repetition.  You will be able to test your phones and laptop for connectivity etc. Solution;see attached CME Packet Tracer L... view more
Issues after Moving microsoft ldap directory to openldap(Okt...
Created by raghav0122 on 01-23-2020 09:18 AM
0
0
0
0
We are testing this is our lab. When we sync users with OpenLdap we ger userID as xxx@xxx.com but when we sync with MS Active directory we get user ID as xxx.Does anyone have this issue?
How to Assign IP Address to UCS C Series Server Management P...
Created by Abdul Jaseem VP on 01-23-2020 07:33 AM
1
5
1
5
How to configure IP Address for Cisco Integrated Management Controller CIMC. The Cisco Unified Computing System (UCS) is a data center product composed of computing hardware, virtualization support, switching fabric, and management software. The underlyin... view more
CreatePlease login to create content
Discussion
Blog
Document
Video
Related Content
Discussions
Blogs
Documents
Events
Videos
Content for Community-Ad
FusionCharts will render here