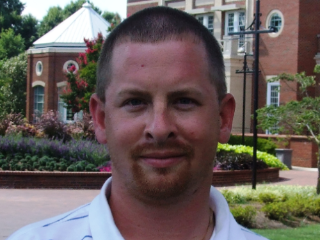 I have a group of users who work in a sensitive environment, the president of a University. There are 7 users in the office and all have the main numbers plus their personal numbers listed on all phones, mainly to tell if someone is on the phone.

<br />The problem is that if say the Presidents assistant's husband calls her on her line, the caller ID will show up on all of the other phones. They want to be able to disable this feature for certain lines in certain offices in this area. Obviously not the main line but the personal lines. Its mostly a scenario where its non of anyone else's business who is calling the president or anyone else in the office, but the lines still need to be on each of their phones.

<br />Is there a way to disable Caller ID inbound on an individual line/phone basis.

What version of CM are your running? I would think in that environment where you need to tell if someone is on the phone or not shared lines is not the way to go. Busy/Line Free extension will be the route you need to go. This will allow you to see who is on the phone and not show caller id.

Here is the link for BLF lines:

I'll echo Kelvin here: you should be using BLF. UCM 6.1(2) introduced Call Pickup on a BLF button as well in case that is relevant to these users.

Well, looks like we are running 5.1.1.3000-5 and this feature begins in 6, which we are upgrading to soon. I dont really understand what this will do but I will read up on it. Thanks for the quick reply's.

0 Helpful
Reply
Latest Contents
Online Classes: Planning, Deploying and Managing Control Hub...
Created by kathyMill345 on 06-29-2020 06:00 AM
0
0
0
0
Our beginner online classes are designed to help IT Admins plan, deploy, and manage their Webex Control Hub environment. Start off by learning what critical elements are needed to deploy Control Hub or move into Webex features that can be used to better ... view more
Modify the SIP header.
Created by chandersanchez64146 on 06-27-2020 12:38 PM
2
0
2
0
I need to modify the SIP header. When I call to the PSTN, the header SIP show From 442029999@172.24.10.6 (Gateway - Private IP 172.24.10.6) and i need 442029999@200.75.29.82 (Gateway - Public IP 200.75.29.82). How can I change in theGateway the ... view more
Cisco Webex Desk Pro UCL License
Created by WeiKwongOng5555 on 06-26-2020 02:22 AM
1
0
1
0
Hi, what UCL license required for Cisco Webex Desk Pro for CUCM? Or is it only can register to the cloud? Thank you.
Finesse Gadget - Event Handling
Created by kalim on 06-25-2020 03:32 PM
0
0
0
0
Need some help with a gadget development.  Have a gadget built however it triggers when a call comes to an agent and immediately after when the agent goes into "RESERVED" state.  I need to pop a window that is working however the pop happens bef... view more
Ability to have different Outlook templates for different us...
Created by PardeepGill on 06-24-2020 12:30 AM
0
0
0
0
Being a global business we require the ability to customise meeting templates for specific groups of users and not just have a single template globally, this is a branding requirement and is very important to us when dealing with clients.  We also ne... view more
CreatePlease login to create content
Discussion
Blog
Document
Video
Related Content
Discussions
Blogs
Documents
Events
Videos
Content for Community-Ad