I got a question

Suppose we have a dial peer as shown below:

will ani 1111 match the above dial peer?

thanks and have a great day. 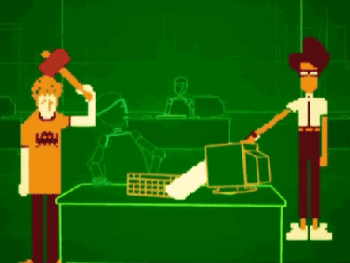 Goodevening. Hope you had a great weekend :-)

AFAIK, the "incoming called-number" can be used to match all incoming calls, no matter what the called number is using all the three strings below:

b) .* (single dot followed by asterisk)

Please refer to the command reference guide for this command which explains these strings:

Goodevening. Hope you had a great weekend :-)

AFAIK, the "incoming called-number" can be used to match all incoming calls, no matter what the called number is using all the three strings below:

b) .* (single dot followed by asterisk)

Please refer to the command reference guide for this command which explains these strings:

Contributor
In response to Harmit Singh

Hall of Fame Master
In response to sarahr202

In addition to great post from Harmit (+5), I always use the single "." variant.  Also, it is a good practice to have "incoming called-number ." on one POTS for each port or trunk group and one VOIP dial peer to control things like codec and other parameters.

Latest Contents
Cisco Champion Radio: S7|E46 From Efficiency to Resiliency w...
Created by aalesna on 12-01-2020 11:29 AM
0
0
0
0
Cisco Champion Radio · S7|E46 From Efficiency to Resiliency with Cisco IT The COVID-19 pandemic set a new high bar for organizations and their need for increased business resiliency. When the pandemic hit, thousands of organizations around the world foun... view more
Cisco Prime LM DB[STOPPED] Component is not running
Created by Elik on 11-28-2020 12:43 PM
0
0
0
0
Hi,I'm facing problem while trying to login Cisco Prime License Manager. When I type login and password it show me “Invalid Username or Password. Please try again.”. But login and password correct. I reset password but it is show the same error. &nbs... view more
TSP Link read time out
Created by CHRISTIAN END on 11-26-2020 08:22 AM
0
0
0
0
Hello everyone,after updating the CUCM to the last version 11.5.1.18900-97 a customer complains about errors on an applications server. These errors did not occur before the update. Phones can no longer be controlled. Only after a reinitialization of the ... view more
DRF component & Process node XML Failure
Created by RamKumar40563 on 11-19-2020 05:47 AM
4
0
4
0
Hello, We have been facing issues with backup of drfcomponent.XML & Processnode.XML files to our backup servers during scheduled Backup in our CUCM 11.0 servers.We have been using Titan FTP server for Backup. I see error on backup statusERRO... view more
The Future of Remote Work with Truly Effective Virtual Meeti...
Created by ciscomoderator on 11-17-2020 01:36 PM
0
0
0
0
To   participate   in this event, please use the   button   to ask your questions At the beginning of 2020, no one would have imagined the changes in work and learning habits that we would face in the foll... view more
CreatePlease login to create content
Discussion
Blog
Document
Project
Video
Related Content
Discussions
Blogs
Documents
Events
Videos
Projects
Content for Community-Ad