Internal Calls Has No Sound

We are using IPSEC VPN between different buildings, but using same CM. Some of internal calls are silence (headphone/speaker)(internal code like 2020) dialing with external code sounds clear. What may cause to silence calls for some internal lines? This problem is two way problem.

Building A: Using VLAN 20 for lines

Building B: Using VLAN 104 for lines

Few weeks later i realized some of the lines (@Building A) using VLAN 22 ip length.(Cuz of FW rules) After i updated those lines VLAN to 20. After update calls were clear. Now i update other lines to VLAN 20, but those lines still silence when dialing with internal code. 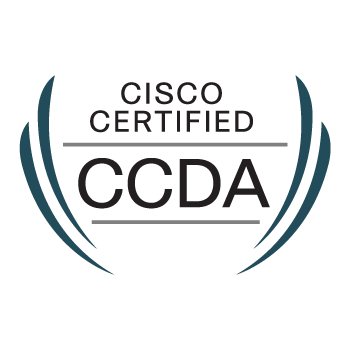 Very quickly you need to verify the routing between the 2 ends and your CUCM. You need to make sure that the 2 IP phones are able to "reach" each other by ping and that both of them are able to ping your CUCM.

Can you check this and get back to us?

Please Rate Posts (by clicking on Star) and/or Mark Solutions as Accepted, when applies
0 Helpful
Reply

Beginner
In response to George Sotiropoulos

Thanks for respond, sorry for late back. I had some ping tests. Building A lines can be pinged from CM, Building B lines are unable ping from CM.

Apart from veryfying that CUCM is able to ping building B IPs, you need to make sure that Building A IPs are able to ping Building B, since upon call establishement the routing is peer-to-peer, ie A<->B.

Please Rate Posts (by clicking on Star) and/or Mark Solutions as Accepted, when applies
0 Helpful
Reply

Beginner
In response to George Sotiropoulos

But 3 of 21 A lines, can call (with sound) all B lines or B lines call that 3 A lines. I'll recheck firewall rules between A-B

This can be caused by either IP routing incorrectly defined between the networks, or firewall/ACL blocking the RTP ports.  Review your IP routes between the 2 networks (CUCM does not participate in media flow unless conference or MTP is invoked), and review your firewall logs and/or ACLs.