Cisco Community
English
Register
Login
We're here for you! LEARN about free offerings and business continuity best practices during the COVID-19 pandemic
RegisterLogin
Options
Turn on suggestions
Auto-suggest helps you quickly narrow down your search results by suggesting possible matches as you type.
Showing results for
Search instead for
Did you mean:
272
Views
0
Helpful
0
Replies 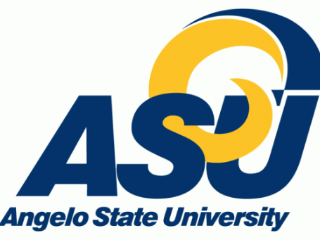 I have a group of users that wants their calls to other internal extensions masked to their external CLID appearance.  I think I understand the proper way to do this with a translation pattern that intercepts their calls to internal extensions and translates the CLID to the number I want to show. This is working fine, however I encountered a problem with the pickup group feature.  Here is the specifics of how these numbers are laid out.

Office extension 6220 is in PT-CAMPUS.  CSS and PG are inconsequential here as this is just the calling extension when pickup is activated at 6783

This worked for calls from station to station.  2071 would show as the CLID rather 6783 when you called from station 6783 to station 6220.  When 6783 attempted to do a pickup on a call from 6220 to 2071, I would get the message "temp fail".  This is where I started to consider how pickup actually works.  I made a guess that it was using a call fwd to the extension that activated the pickup from the ringing set, but since I masked the extension requesting the pick up it couldn't fwd the call properly. To fix this, I added just the PG-POL 1748 to PT-POLTranslateCLID with the translation pattern and since it is a more specific match it takes that pattern instead of the translation.  The only problem with that is that the CLID doesn't get translated and now calling station 6220 sees extension 6783 when 6783 does a pickup.

Could anyone suggest a better way to do this or point out where I am going wrong?  Is there anyway to hide these extensions for both direct and pickup group calls?  I am guessing a similar situation would occur if station 6783 forwarded calls to 6220 since forward is affected by a different CSS, but that isn't as much of a problem since the folks in the office requesting the masking would rarely forward out of that office.   Thanks in advance.

Labels:
Everyone's tags (2)
I have this problem too
0 Helpful
Reply
Latest Contents
Cisco UC unity connection licenses - Expiration
Created by sid_vc99 on 04-01-2020 05:47 PM
0
0
0
0
Hi there we are running into a license expiration issue on Unity . We would like to know if this is just a matter of buying additional licenses or moving licenses around.. not sure why the Enhanced (10.x) is not showing up as a unity license connect... view more
MediaSense 11.5(1)SU2 and CCX compatibility
Created by angelstarr on 03-28-2020 01:44 PM
0
0
0
0
A customer wants to update UC applications to the latest possible. They have CUCM, CCX and Mediasense. According to this page, CCX 11.6(2) is compatible with MediaSense 11.5(1)SU2 but when I look at MediaSense compatibility page I says compatible wit... view more
CONFERENCE
Created by KUBOMayumi49326 on 03-28-2020 02:34 AM
0
0
0
0
Join the conference!
Generate user report - enterprise alternate number
Created by JacksonStabler0700 on 03-25-2020 11:12 AM
0
0
0
0
CUCM - System version: 11.0.1.20000-2 Looking to generate report for all users that includes their DN and also their Enterprise alternate number (if they have one). Now from Generate user report in bulk admin I have tested on one user ... view more
UCCX 12.0.1.10000-24 - A CUIC report created in French is se...
Created by celine.jeannotte on 03-24-2020 11:34 AM
0
0
0
0
Hello, UCCX 12.0.1.10000-24CUIC co-resident with the UCCX. Does anyone know the solution to my problem? I created several reports by selecting the French language of my browser. I saved them in a specific directory. I then created schedules by s... view more
CreatePlease login to create content
Discussion
Blog
Document
Video
Related Content
Discussions
Blogs
Documents
Events
Videos