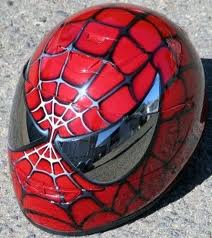 Runing on CUCM 8.6.2 and preparing for an upgrade to v9, we have recently upgraded our IP Phone firmware.

We are now facing a very strange issue that is referenced in the bug below.

When using the headset our users cannot transfer an active call or answer a call when ther is one already active.

Does anyone knwo where this fixed version can be found ?

Labels:
9 people had this problem
I have this problem too
0 Helpful
Reply
1 ACCEPTED SOLUTION

Apparently that fixed firmware does not exist.

We have to downgrade our phones...

Beginner
In response to o.artigny

The fixed firmware have been made available.

Beginner
In response to o.artigny

Where did you find the new files?  I cannot locate them.

Beginner
In response to cshideler1

A link was sent to me from the TAC.

I beleive the ES27 means Engineering Special.  It can only be downloaded from TAC if they give you a special link.  You have to have CUCM or phone maintenance to get it.

Any news on the chances of fixing this bug?  When I contacted TAC about this issue, they did not provide an ES but instead had me roll back the firmware to 9.3(1).

This is a fine solution in the interim but as CUCM software updates are released I can no longer install them since they still use the crippled 9.4(1) firmware for IP Phones.

There is an actual need to update to resolve an unrelated issue, but I cannot do so without manually rolling back the firmware until this bug is fixed.

I ran into this problem right after I updated to the latest device package on Apr 20, 2014. The bug was reported two days later and I contacted TAC, got the SCCP45.9-3-1ES27S & SCCP75.9-3-1ES27S cop files (did get for SIP as well). We are operating a call center and can't ask agents to always answer the phone using handsets. I had to roll back to FW 9.2.3 which was working fine. I deployed SCCP75.9-3-1ES27S on selected phones and I haven't heard any problems so far.

Participant
In response to FAISAL RASHID

An ES isn't an acceptable solution.  Neither is rolling back to a previous version.  Cisco needs to either release an updated and corrected version of the firmware or start releasing new updates with the previous firmware for 7945/65/75.

I refuse to accept that we should be expected to "roll back" our firmware after every upgrade or sit on an ES until end-of-life, which should be nowhere near announcement.

If this is an attempt to bully customers into replacing phones with later models it is a stain on the Cisco brand.

I just received an alert last week that yet another CUCM update was released and STILL it contains the broken 9.3(1SR4.1) firmware.  This is absurd.  This thread alone is 5 months old.  There's no one at Cisco willing to accept liability for continuously releasing faulty firmware for their devices?

Engager
In response to kdotten36

Why is rolling back not possible? What feature in the latest firmware does your business need that is not present in the previous SR3 version?

As to this thread being five months old: I can beat that. I've got three bugs open with Cisco about 78xx firmware: These calls were logged back in January and there's still no sign of a fix (ES or otherwise) Cisco seem to be very slow in fixing handset bugs. I believe a 7937 bug I hit took nearly a year for a formal fix to appear. (Although did get an ES version sooner than that)

I understand your frustration with the speed at which Cisco fix handset bugs, but you don't give any reason why you can't back rev to SR3. We've hit this same bug and are running all headset capable 79xx phones on SR3 rather than SR4.

Participant
In response to Gordon Ross

Rolling back is possible, I've already done so.

I think you've misread me.  I don't need any feature of the new firmware.  I can do without it completely.  What I do need is new features/fixes of new CallManager releases, but it's a hassle to have to roll back the device firmware after each upgrade.  I don't know about you, but I typically get a few devices that don't get the firmware applied until a manual reset, so I prefer to do device updates as infrequently as possible to avoid interruption for users.

As for CUCM ES's, that's a little more understandable.  If I'm stuck at a version while waiting on a bug, I can still apply device packages to phones if need be, but the CUCM updates come packaged with the new firmware so I don't have the same flexibility there.

The support policy states that only the newest firmware is supported:

A release that has this sev 2 issue with hundreds of customer cases is in the most current device pack for month and there is no info (some text in the release notes or a field notice would have been useful).

If such an issue is found there MUST be a better info and/or this firmware has to be removed from the device packs.

352 customer cases until now. Imagine the hours wasted for customers, partners, and Cisco 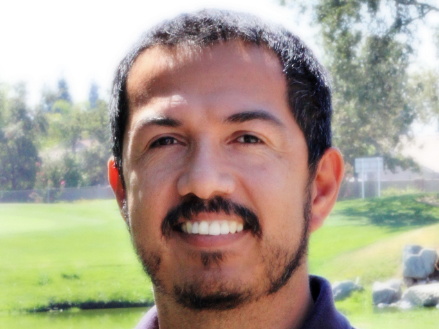 I had the problem described here with multiple model phones, I dwnld and install the updated firmware released Sep 5th (cmterm-7945_7965-sccp.9-4-2-1.cop.sgn), but I'm still having the same problem and had to rollback to an older version.

The bug report says that the fix is ver. 9.4(2)TH1.1, which is not quite the same as what's posted for dwld.  So is there another version out there that WILL fix the bug???  Do I have to open a TAC case to obtain it?