Cisco Community
English
Register
Login
We have 1 million community members! Join the celebration! Learn how.
RegisterLogin
Options
Turn on suggestions
Auto-suggest helps you quickly narrow down your search results by suggesting possible matches as you type.
Showing results for
Search instead for
Did you mean:
Announcements
6468
Views
30
Helpful
11
Replies

This is an "answer" rather than a question, but I wanted to post it since it took a month or two to resolve this, even with the help of the TAC and I am hoping this post may benefit others who may hit this issue.

We had several VG350 gateways using SCCP to register to our 8.6.2 CallManager Cluster. We were finding that users would complain that at times they would go to use their analog phone and there would be no dial tone. By the time our tech reached the location (10-15 minutes later) the problem would be gone - everything would be working normally.

What we found was in our version of IOS (15.2(4)M4), the SCCP process would send the hello/keep alive packets to CallManager all at once, and all 144 replies would come back, all at once. In our rather fast network the 144 replies would hit so quickly it would overrun the input buffer on the port, resulting in drops. If the analog SCCP port experienced 3 consecutive drops (which some would), it would de-register from CallManager. This would result in no dial tone for the user. Usually the problem happened when there was also real (RTP) traffic in process on other ports, aggravating the port input queue issue. Typically in just a minute or two the SCCP keepalives would get processed correctly and the port would re-register.

Issues aggravating this issue were a high speed (LAN) network between the CallManager and the VG350 (a WAN connection likely would have slowed down the keepalives enough to have them processed correctly), the fact that we had all 144 ports configured (fewer ports in use would have helped the keepalive issue) and having ports with a good amount of activity (adding traffic to the input queues of the Gig ports, which is where the drops were being seen).

The solution was an easy one once the problem was fully understood: adding the "hold-queue 300 in" command to both interface GigabitEthernet0/0 and 0/1. This increased the queue from the default (70? 75? I think) to 300 and allowed the burst of keepalives to be held in queue until they could be processed.

Cisco stated they were investigating in a future IOS release of staggering the SCCP keepalives to avoid this issue, but the above solution worked perfectly at this point.

Labels:
8 people had this problem
I have this problem too
20 Helpful
Reply
1 ACCEPTED SOLUTION

Glad to hear it helped you - makes it worth posting it if it helped even one person.

How are you using RTMT to look at the ports? I am not an RTMT expert...if I use the "Device Search" feature they do not appear to be showing at all? 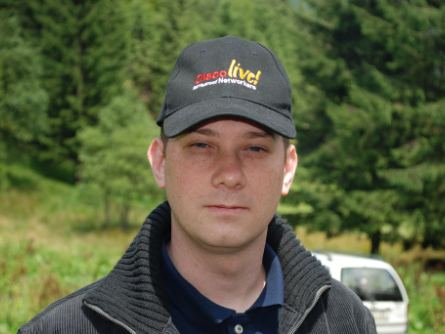 If I knew where you are I would come and hug you!!!

By the way Rob does RTMT count the registered analog phones for you? Mine shows 0 even thou they are registered.

Glad to hear it helped you - makes it worth posting it if it helped even one person.

How are you using RTMT to look at the ports? I am not an RTMT expert...if I use the "Device Search" feature they do not appear to be showing at all?

Hall of Fame Community Legend
In response to webberr

I couldn't rate your original (excellent) post but here is the +5 it deserves. Nice work!

Beginner
In response to webberr

I am just looking at registered devices screen in RTMT and there are 0 even thou I have 400+ analog phones registered via SCCP.

Beginner
In response to webberr

It looks like we have this problem also. We have been losing dial tone or getting one or two rings before the call drops. I noticed that the call manager never shows the registration drops, but when I did a "debug SCCP messages" I would see registrations rejected. My coworker changed the keepalive settings under the SCCP configuration on the VG 350 and it seems to have cleared the problem.

Beginner
In response to Alexandru Zamfir
What is SCCP is bound to the loopback interface?
0 Helpful
Reply

We have been having weird problem with our VG350s since installation, this one included.

We get analog phones that can't receive or make calls (no dial tone).  However I have yet to see the phones de-register from CUCM or come back online by themselves.  We shut/no shut the voice ports on the VG.

I have applied the fix (TAC hasn't provided one yet) and I'll keep my fingers crossed.

Beginner
In response to PGE_JosephHiatt

Trying to remember, but I don't think I actually ever saw the ports de-register from CallManager. I think that was something TAC found in the traces.

Let me know if this fixes the issue or if you find something else...we're up to about 15 VG350's now, so I'm always interested in any issues I may hit!

Beginner
In response to PGE_JosephHiatt

Did the problem get resolved with no dial tone from applying this fix?

Frequent Contributor
In response to prohealth

Latest Contents
Migrating to a Centralized IM&P Deployment
Created by pbsheehe1 on 10-16-2021 06:17 AM
2
15
2
15
Greetings, Wanted to share a few lessons learned while migrating from a distributed to centralized IMP deployment. Our current setup included many CUCM/IMP distributed clusters with centralized Expressway server for MRA login. We did not wish to perf... view more
Cisco UCCE PCCE Connector for CRM
Created by PTS on 10-14-2021 04:11 AM
0
0
0
0
Parsec's Cisco UCCE/PCCE CC Connector application for CRM works as a bridge between the CRM and Cisco UCCE/PCCE CC solution.The CRM can be any cloud based CRM like Salesforce (SFDC), ServiceNow ,MS Dynamics or a 3rd party CRM.The CRM user/Agent will have ... view more
Cisco Unified Communication Manager - Device Mobility
Created by Bejesh Kumar V on 10-11-2021 01:43 AM
0
5
0
5
It’s a feature which allows CUCM to determine whether the phone is in its home location or a roaming station.By enabling this feature users can roam from one site to another site and acquire the site-specific settings such as Codecs, MRGL, Call rout... view more
Which Pattern the CUCM will select?
Created by meddane on 10-09-2021 02:31 PM
3
0
3
0
Collab Toolbox
Created by Matt_W on 10-08-2021 03:39 PM
0
10
0
10
Cisco just Announced their new Collaboration Toolbox resources portal.  You can check it out here https://collabtoolbox.cisco.com/ It has a bunch of tools a partner can find helpful.   But if your interested in learning which... view more
Ask a Question
Create
+ Discussion
+ Blog
+ Document
+ Video
+ Project Story
Find more resources
Discussions
Blogs
Documents
Events
Videos
Project Gallery
New Community Member Guide
Related support document topics