Have a situation where I'm seeing a lot of spamming of the logs with 2 particular errors:

The errors are seen heavily on both MGW & CUBE - but I can see calls arriving at CUBE when debugging.

Don't believe they're between MGW <> SIP upstream provider as we have TONS of other calls coming and going without this issue.

We've been having intermittent issues with calls going in or out of this router (well, actually it's happening to two routers).

I couldn't, for the life of me, find any reference to other people's issues with this - hoping someone can shed light and point us in a general direction.

We have "resolved" the issue by reconfiguring the physical topology - so the call failure issue seems to be resolved but we still see these logs and I'm not feeling confident.

Background - when this router was originally setup - they used a single Gig interface for inside and outside of the SIP trunk. Furthermore - they'd tried to set up a port channel to connect it to two different ports on a stack switch. They were unsuccessful at getting this to work - so resolved to a single port - but they didn't remove the port channel config.
Both inside and outside were still on a single port (not an issue I don't believe) with a subinterface in 2 different VLAN's (one for "inside" and one for "outside").

The "reconfigure" was to get two separate ports patched to the switch and remove any sign of port channel config.

I don't have access to the switch to further investigate (not our switch and we don't manage it) - but a bounce of it was out of the question due to services impacted. As such, I bounced both my routers and this "solved" the issue for about 5 minutes before going back to total failure.

I am suspecting an issue with the switch that had some bug after long-term use of the bizarre port channel config left behind - but will never know.

Was hoping someone knew of scenarios where these errors present generally.

This is the TranslatorX diagram of end-to-end SIP debug. My suspicions of this make me think there's a connectivity issue between the Media Gateway and the CUBE (in the diagram CUBE2) as MGW is sending 408 but I see nothing coming back from CUBE2 after it gets invite from Sonus. Note that none of the debugs I had were from Upstream provider or Sonus - I have only access to MGW and CUBE1 & CUBE2.

End system behind Sonus is Lync.

However, when using a different SIP provider that goes direct to the Sonus, no CUBE involved, the issue is not present. Really hoping someone can give me another avenue of thought on this issue.

Labels:
Everyone's tags (3)
2 people had this problem
I have this problem too
0 Helpful
Reply
7 REPLIES 7
Highlighted

<deleted, moved content to the main description - a bit new to this new community site, couldn't seem to find how to delete the actual entry entirely>

<deleted, moved content to the main description - a bit new to this new community site, couldn't seem to find how to delete the actual entry entirely>

Just like you suspect this may be related to connectivity issue. The challenge is how to capture logs for this to investigate further.

If you can reproduce this easily, then here is what you can do

During off hours do the following:

Hi, thanks for your reply.

Currently, the issue is vapour and the damned thing is working.

There's zero load on things right now due to some emergency workarounds put in place (good for testing) - but the issue is not present for the numbers that I've left behind. They were a problem previously. Gah!

When the problem returns, I'll do this...and throw in a reload in 10 for good measure. I can very quickly redirect traffic from the router if I lose connection during debugs. Will post here if/when I get any.

If the issue stays resolved and never comes back - I'll keep this thread updated. 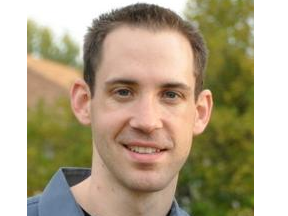 I've seen the 101 payload the telco is sending you in their setup message cause issues. If you can get them to send you a 100, that might help. Adding voice-class asymmetric payload dtmf to your dial peer might help also.

Thank you all for your replies.

Still, haven't found the actual cause of this issue - but I'm starting to believe it was hardware on the site (firewall or switch).

As the routers have been relocated to a new office running on different equipment (different internet connection, firewall, and routing/switching infrastructure) and now, apart from a terrible internet link (link is smaller and through a different provider), the bizarre connection issues we've been having have vapourised. Kinda got "lucky" that things fell apart < 1 week from an office relocation.
If things rear their ugly heads again, I'll run some of the suggestions and post back the results.

Oh, and one other thing... a Lync box in a load balanced cluster turned out to have a bung certificate on it which was causing untold TLS issues that seemed to be partially to blame. Hard to tell as all that infrastructure sits outside of our control.

0 Helpful
Reply
Latest Contents
Unable to route the Hunt Pilot calls to cti route point
Created by subhasishrout03206 on 05-29-2020 06:37 AM
3
0
3
0
Hello Experts,We have configured a Hunt pilot which includes 2 line groups.one line group with 5 extensions rings with Algorithm as broadcast and 2nd line group contains 1 extension as their manager.All these extensions configured with single number reach... view more
Jabber and Bulk Update
Created by scott.leonard on 05-28-2020 05:04 PM
4
5
4
5
I am setting up a bulk update in CUCM to add jabber phones to all my deskphone users. I have a bat phone template I adapted from one I made for desk phones and I have a user template for use with "Update Users - Custom File".  I have used the users t... view more
Conference Now IVR and Single Number reach doesn't work
Created by tschafferx on 05-28-2020 02:26 AM
0
0
0
0
Hi community, maybe someone has already experienced this issue. When using conference now you define a number which triggers an IVR prompt where you can setup your meetings. I the ani is associated with an active SNR number the IVR script won't let t... view more
VCS Licensing for Traversal and Non Traversal Calls
Created by abbasali5 on 05-27-2020 11:03 AM
2
0
2
0
I need to get 100 VCS-C traversal and 200 VCS-E traversal calls VM servers running 12.5. I am also trying to convert my old VCS licenses fromVCSC/E.   Can't find any reliable guide on CCO about licenses, and conversion of old licenses.... view more
Video Conferencing and Webex
Created by RS1601763J2 on 05-21-2020 01:52 PM
2
0
2
0
I'm want to video conference from a Cisco Web Room Kit Pro end point to Virtual Webex and have my customers be able to view/collaborate via Microsoft Teams.  What licenses would be required to make this happen?
CreatePlease login to create content
Discussion
Blog
Document
Video
Related Content
Discussions
Blogs
Documents
Events
Videos
Content for Community-Ad
Future of Work Virtual Summit Day 5