Cisco Community
English
Register
Login
We have 1 million community members! Join the celebration! Learn how.
RegisterLogin
Options
Turn on suggestions
Auto-suggest helps you quickly narrow down your search results by suggesting possible matches as you type.
Showing results for
Search instead for
Did you mean:
1897
Views
0
Helpful
6
Replies

IPv6 6to4 tunnel on stub router

I'm wondering if it is possible to do 6to4 tunnel on stub router with only single link to a router which connecting to all remote sites? 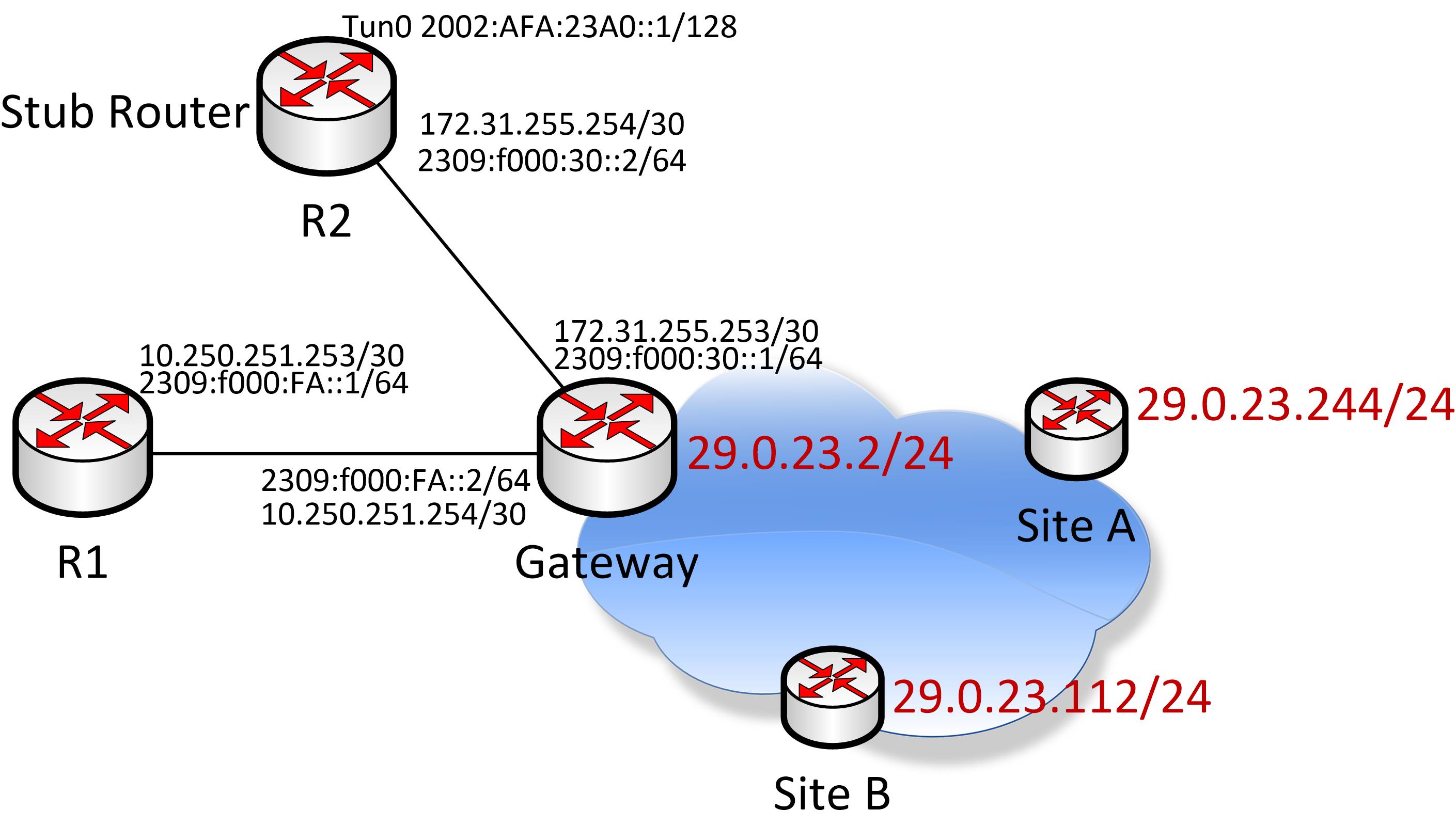 I'm curious whether it is possible to do this.

Let me know. Thank you very much.

Advisor
In response to Alexander Simbun

The configuration would then be straightforward:

I am not including the IPv4 connectivity configuration here as I assume that this connectivity is already up and running.

This tested if it works

Thank you very much for your reply. The IPv6 addresses are just examples to explain my question. I have tested in our lab and it proves to be working. Just wonder if without the stub router and the IPv6 tunnel is configured on gateway router where the connection to the WAN is via MPLS L3 network provided by our ISP. Would that working? I did posted similar issue in this forum before relating to IPv6 tunnelling via MPLS L3 cloud.

Let me know about this.

You can do something like this to allow the stub router to auto-configure 6to4 and create a pool where Dialer0 is the outside interface with an IPv4 public address:

You can also then DHCPv6 out the other prefixes to downstream routers.

With regard to the routing - I would use EIGRP with LISP encapsulation and OTP.  This will allow full IPv6 routability over the MPLS network, even though the MPLS provider has no IPv6 support.  If you use this for IPv4 as well you can drop BGP peering with the MPLS provider, as they will be doing nothing more than providing transit for you.

If am not mistaken, tunnel path-mtu-discovery needs to be enable on both sides of the router am I right?

Advisor
In response to Alexander Simbun