I've just signed up for the new Beta and downloaded and installed the 4.4 software from the site onto my Mac. Having tested successfully I tried to set the server back to my VCS but all of the settings are greyed out. I've tried deleting the config file and running the setup script again but it remains stuck pointing to the trial VCS.

Participant
In response to wbroeder

That's a bit frustrating. Does this also mean that if I point my  re-installed client at the beta server it will lock me to that again?

Thanks for the prompt reply,

Participant
In response to joe.bennett

I did the re-install shuffle. 4.4 greys out the server settings but 4.3 allows you to swap back and forth between the 2 servers. I should add that this was on the Mac - not tried on Windows.

That needs to be changed because that's the first thing any current Cisco customer or employee is going to try to do.  I did the exact same thing... installed the Beta, tested this out w/ another person, now we want to switch back to our other server, but its greyed out.

Re-installing is not acceptable.

At least put some kind of warning, 'lock' or 'help' button near those fields during the beta, so people have the option to be warned and then can un-lock and change their settings.

If they know what they are doing, let them.  Re-installing in order to switch is not acceptable.

I've got them on separate laptops; one for betas for testing/demos, one for production releases for work. No big deal. 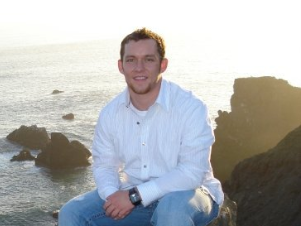 On a Jabber Video 4.4 machine, it looks like you can go into the registry and edit the InternalVcs string and change it to any VCS server you want.  You can also add a new 'string value' and call it ExternalVcs.  Then fill in the ExternalVcs with whatever server you want.

In Windows 7 64-bit, it is under HKEY_LOCAL_MACHINE\Software\Wow6432Node\Cisco\JabberVideo\Forced

In Windows 7 32-bit, it is probably under HKEY_LOCAL_MACHINE\Software\Cisco\JabberVideo\Forced

Editing these might let you connect to your own VCS server, I don't have one available to try with.

3) Change the 'Internal Server' to: your_vcs_server.cisco.com

Note: The Internal Server is no longer greyed/locked out!

I just tried this and it worked.

Please note:  The beta is v4.4.  I'd suggest re-installing v4.3 as it's probably a bit more stable for your use.

I hope that helps,
Eric

Don't know if you Cisco guys have different permissions from the rest of us, but the above doesn't work for me - none of the server and/or domain settings can be edited by me.

Not applicable
In response to Jens Didriksen

You make a good point.  There could be a setting on the VCS side that gives us permissions.   The other piece that I just thought about was that when I discovered this process this morning, I downgraded from v4.4 to v4.3, before I did those steps.

Why don't you try v4.3 and let us know.    If you still aren't able to unlock/type in the 'Internal Server' field on v4.3, then it must be a server side permission.

Like Bill first started above, I had to get off the beta software before I could do this... but once on v4.3, I could gain access again to the Internal Server field.

Sorry that I don't know more.   Just trying to share what I'm seeing.

Enthusiast
In response to

Just had the same problem this morning.

After the above steps i could then re-edit the setting to configure for my VCSe and VCSc and sip domain.

The Remove seems to be the key, because even after the v4.4 remove i then tried the v4.3 installer and it thought that something was still installed and the repair/mod options resulted in still having locked settings. Only after the complete removal of both versions and then reinstall of v4.3 did i get the ablity to edit the settings fields back.

Not applicable
In response to Jens Didriksen

I just got some more info from another engineer.  It's a little more detailed on the removal/re-install process.  It's worth a try.  At the end of the day, if you can get v4.3 working against the ciscojabbervideo.com Server and you can edit your settings, that would be nice.  Good luck.

"I just had the same problem this morning.

After the above steps i could then re-edit the setting to configure for my VCSe and VCSc and sip domain.

The Remove seems to be the key, because even after the v4.4 remove i then tried the v4.3 installer and it thought that something was still installed and the repair/mod options resulted in still having locked settings. Only after the complete removal of both versions and then reinstall of v4.3 did i get the ablity to edit the settings fields back."

Yup, I already knew about having to remove the beta version prior to installing the 4.3, so that's not a problem, already done that earlier both on my Macbook and my "test Dell laptop" - and that worked fine.

I read your post earlier as being able to edit the server settings in the beta version 4.4 - which I couldn't do following your steps - hence my thinking you might have had different permissions somehow than the rest of us.

However, another way to test this service without even installing 4.4 could be done by editing the server settings in 4.3, just replace internal server with https://sjc1-movi-pr-bootproxy-vip.ciscojabbervideo.com/endpoint/configuration  - delete external server entry and domain. Haven't tried this myself as yet though.

Edit: Just tried it now and it works fine, however it gives a slightly different outcome than the 4.4 - see my last post here: 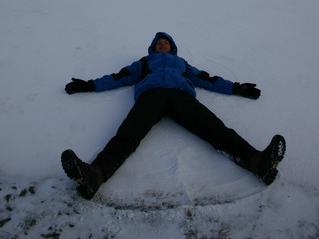 Beginner
In response to Jens Didriksen

In 4.4 version you can change everything by changing registry key HKLM\Software\Cisco\JabberVideo\Forced

Beginner
In response to MIKKO JARVELA

I am unable to find the key HKLM\Software\Cisco\JabberVideo

I can find HKCU\Software\Cisco\JabberVideo but it doesn't have \Forced.

I originally had 4.3 installed and uninstalled it then installed 4.4

Any suggestions on where to find it?