Welcome to the new Cisco Community. LEARN MORE about the updates and what is coming.
Turn on suggestions
Auto-suggest helps you quickly narrow down your search results by suggesting possible matches as you type.
Showing results for
Search instead for
Did you mean:
Start a conversation
Options
164
Views
5
Helpful
8
Replies 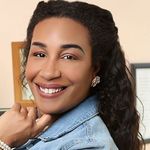 As you may know, Linux Foundation just announced the merger of Open-O and ECOMP to form new Open Network Automation Platform (ONAP).

This may cause big impact to the orchestration market and SP transformation. Do you folks have more insides about ONAP? Such as scale, perf, maturity or even source code analysis.

I have this problem too
Labels:
0 Helpful
Share
Reply
8 REPLIES 8

I think that final shape & form of ONAP is still to be seen. They’ve just merged Open-O and ECOMP and I think it will take a while when they agree on overlaps and final architecture going forward. Having said that, I think that ONAP first code drop is few months away.

The big unknown imho is ECOMP. The only quantified known fact about it is that it's more than 8 million lines of code :-)

How did they actually write 8 million lines? Was it auto-generated? ;-)

I can tell you Amdocs assigned at least 5 architects and senior engineers from their OSS division, full time for over a year, to work on filling major functionality gaps in ECOMP.

I understand Amdocs looked specifically at building something they call a "live inventory". I don't have any more facts beyond that.

What follows is pure speculation.

I'd guess they have included a number of components from thier OSS suite.

If you asked me to make a more educated guess, as a former Amdocs OSS suite developer, I'd think it might be their discovery adapter framework created ~9 years ago. It was a mix of something like the WAE collector framework (workflow driven ETL processes ) and NSO NEDs (grammar driven configuration and CLI parsing), and was a core element in thier move from inventory to end to end fulfilment and activation system. In 2009 we pushed to make it support on demand discovery - hence why I'd imagine it would fit with their idea of a "live" view of VNFs.

Given the value isn't in the framework, but in the grammars and parsing logic packages for different vendor device families, I'd think it would be a perfect low risk contribution - and it was all built from open source components anyway!

There’s a lot of Open Source projects in there ….

If you see the difficulties they are having to opensource it, I bet that there is a lot of copy and paste...