Cisco Community
English
Register
Login
You are invited to join the Cisco Webex Global Virtual Hackathon - 60 teams will win! - Click HERE to learn more
RegisterLogin
Options
Turn on suggestions
Auto-suggest helps you quickly narrow down your search results by suggesting possible matches as you type.
Showing results for
Search instead for
Did you mean:
536
Views
0
Helpful
6
Replies
Highlighted

Is there any reason the following does not work

if I leave out the uuids for ownerUserName and mobilityUserName and instead use the value, things work out just fine.

I think I saw a similar message posted by somebody else.. given that the schema states that both uuid and actual value for the tag are optional, aren't we supposed to be able to freely switch between the two? If not, what are the rules.

Here's a countersample where just using the uuid does work.. setting the ipccExtension in an updateUser command:

Well.. that is... I get a success message in return, neither the primary extension nor the ipccextension were set. Conversely, the lineAppeareanceAssociationForPresence WAS set, even though I did leave out some tags (notably the laapAssociate because there is some confusion as to what type it is, bool or guid with value). 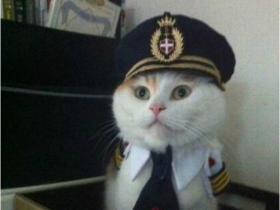 Cisco Employee
In response to stephan.steiner

I filed this.  It will probably escalate to a defect, and then I'll give you a defect ID.

I suspect this is a defect.  I'll file it with the engineers as a potential bug.

Rising star
In response to npetrele

Speaking of which.. the ipccExtension is an XFkType.. so value and uuid. But.. given that an extension is only uniquely identified by either uuid or pattern AND partition.. shouldn't ipccExtension be the same as XUser/primaryExtension, or an object that that either takes an uuid attribute or pattern/routePartitionName combo (and perhaps routePartitionName should be XFkType given that it is mostly used that way and using routePartitioNname as a string is not common)

I have to revise my statement about the line appearances - the above may work, but doesn't do anything (the user name is not listed in the line config in ccmadmin)

However, the following does work, and it does take every single tag to make it work

And.. laapAssociate really acts like a boolean.. since I've confirmed it works like that ('f' = false, 't' = true), I can definitely conclude that it is not of type XFkType thus, the documentation is wrong.

And funny enough.. my get then shows two lineAppearanceForPresence - with the exact same value. Could that be due to having the same device (with a single number on it) controlled and cti controlled by this user?

Last but not least.. note the incorrect XML in the above? it appears the XML parsing on CUCM is quite lenient

Rising star
In response to stephan.steiner

This is a working user update that sets the line association for presence, and the primary extension.

Add the following to the statement

and the operation will still return success, the line association for presence will be done, but neither the ipcc extension nor the primary extension will be set.

Latest Contents
Finesse 12.5 performance improvements - part 1. c10k
Created by asrambik on 10-19-2020 01:21 AM
0
10
0
10
Finesse Failover as a driving force for performanceNature of the challengeC10k ScaleAsynchronous request processingFinesse TomcatChanges introduced to Finesse web serverFront Apache Tomcat with Nginx web serverNginx performs SSL termination and provides H... view more
Cisco Webex Virtual Hackathon: Fun & Easy, 60 Teams Win Priz...
Created by ivypham on 09-21-2020 01:02 PM
2
10
2
10
Fun and Easy Virtual Hackathon: 60 Teams Win Prizes, ALL Participants Receive Certificate Signed by Execs   Important Note: This contest is governed by the Terms and Conditions in the document attached at the end of this page. Please ... view more
Social Miner Info required
Created by Roy_11 on 09-10-2020 05:09 AM
0
0
0
0
Hi Experts, I Need one help on Cisco social miner , hope you will help us on below requirements . Many Thanks!!!!Actually, we have third party application trying to integrate in UCCE through task routing API concept .Just we need to get the agen... view more
Cisco DevNet Sandbox for BroadWorks Release 24 availability
Created by jeepraka on 09-07-2020 08:02 AM
0
0
0
0
As part of the Cisco BroadWorks R24 rollout the DevNet Sandbox system will be upgraded to the latest software release on September 11, 2020.  We don't anticipate any disruption to Sandb... view more
Invalid value for confidentialAccessMode in updateLine when ...
Created by stephan.steiner on 06-08-2020 12:33 PM
1
0
1
0
I think I found another one. For brevity, I'm stripping the soap headers.First, I'm creating a new line using addLine <line> <callForwardAll> <forwardToVoiceMail>true</forwardToVoiceMail> <callingSearchSpaceName>Uni... view more
CreatePlease login to create content
Discussion
Blog
Document
Project
Video
Related Content
Discussions
Blogs
Documents
Events
Videos
Projects
This widget could not be displayed.