Cisco Community
English
Register
Login
Thank you for your support! We're happy to announce that we met our goal for the Community Helping Community campaign! LEARN MORE
RegisterLogin
Turn on suggestions
Auto-suggest helps you quickly narrow down your search results by suggesting possible matches as you type.
Showing results for
Search instead for
Did you mean:
Announcements

Cisco Meraki: Dashboard as a Platform 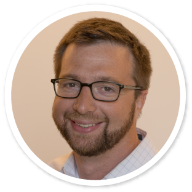 Cisco Meraki is focused on simplifying IT and the Meraki Cloud Management platform—the Meraki dashboard—is already being used by more than 100,000 customers worldwide. Since 2006, the Meraki portfolio has grown from wireless to networking to a full stack of IT solutions, all 100% managed in the cloud.

Over the past 20 years, IT systems have become amazingly powerful but also complex and cumbersome. At Meraki, we envision IT that needs no complicated maintenance or monitoring, is as easy to deploy as a light bulb, and doesn’t require large budgets or staff. We analyze areas where IT managers spend their time and budget. If there’s a way for cloud management to significantly make their lives easier, we’re going to explore it.

As part of Cisco DNA, Meraki is dedicated to building the most accessible APIs for developers to manage IT, access analytics, and drive user engagement.  The Meraki dashboard is the ideal platform not just to simplify IT, but to simplify IT programmability.

Using this API, a large retailer recently provisioned 1,800 store networks in 9 minutes. The same customer built their own portal for field technicians to add and remove appliances without requiring access to the Meraki Dashboard. The added security and simplification has made these field technicians’ jobs more straightforward.

After deployment, IT departments are automating their network maintenance and incident response. Joel King at Worldwide Technology won an award for their app, which was built using the Meraki API to locate devices anywhere on the network. Omar Ontiveros in Cisco’s IT department uses the API to automatically on-board and off-board teleworker VPN appliances.

Developers can use the CMX Location API to integrate latitude, longitude and x, y location data from their Cisco Meraki networks with their own custom-built applications. Our developer ecosystem around the CMX API has grown recently to include dozens of partner companies providing all types of value-adding features including enhanced analytics, location based apps, and notifications.

The EXCAP API can be used in tandem with Meraki’s CMX API to design a system where shoppers’ identities are tied to their devices upon their first visit, facilitating real-time shopper engagement without a captive portal on subsequent visits. Our development partners have taken this to another level, adding Social Network integration and proximity-based marketing campaigns.

At Meraki, we believe that by simplifying powerful technology we can help passionate people focus on their own mission.  Our Developer strategy is just as simple: make our products easy to automate and easy to integrate.

Please join our developer program to get free licensing, 24x7 support, access to sample code, and even hardware for your lab. Join Meraki Developers

Here’s to IT That Simply Works,

Latest Contents
Pull Out Meraki IOT Device statistic data API
Created by KiatHL on 01-03-2022 08:17 PM
2
0
2
0
Hi all, I am new to the Meraki API, was wondering Meraki API using POSTMAN does it able to pull out the IOT devices like MV12 (camera) or MT11 (sensor) statistic data? I can only pull out something like this. Camera Analysis DataIs there any oth... view more
Meraki API getNetworkApplianceTrafficShapingUplinkBandwidth?
Created by marco.caspers@westcon.com on 11-24-2021 04:41 AM
1
0
1
0
Hi all, I'm wondering if there is any way to determine the dimension/order of the values that are returned by the Meraki API getNetworkApplianceTrafficShapingUplinkBandwidth function? The documentation of the function doesn't mention anythi... view more
DNA Spaces Location of Clients
Created by sguzzetti on 09-24-2021 09:34 AM
7
0
7
0
I am using https://dnaspaces.io/api/location/v1/clients?ipAddress= to retrieve location information.  It works great passing in an IPV4 address, but when passing in a IPV6 address it always returns all clients as if I didn't pass in an IP a... view more
DNA Spaces API Examples
Created by smoore4moma on 09-22-2021 11:29 AM
2
0
2
0
I am trying out the DNA Spaces api.  The Swagger documentation is good (https://developer.cisco.com/docs/dna-spaces/#!dna-spaces-location-cloud-api), but I have not figured out how to add parameters, for example:https://dnaspaces.io/api/location/v1/h... view more
Meraki - floorPlan
Created by Vladimir Lozano Martinez on 09-08-2021 12:05 PM
0
0
0
0
I'm actually developing an application and trying to use the floorPlan information to position the image into a map. But I have these questions:- How is related corners Lat and Lng to width and height?- Also, how is related to image size?- How can I scale... view more
Ask a Question
Create
+ Discussion
+ Blog
+ Document
+ Video
+ Project Story
Find more resources
Discussions
Blogs
Documents
Events
Videos
Project Gallery
New Community Member Guide
Related support document topics