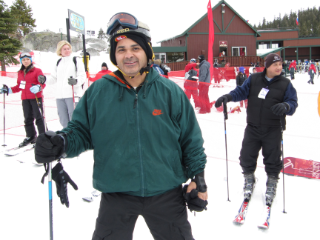 Cisco CMX Analytics has the capability to create an hourly heatmap of client activity for any floor as part of the analytics capabilities.

The heatmap is generated hourly and is in the format of a JPG image which is accessible via the GUI. As part of the GUI you can play the hourly generated heatmaps back to form an understanding of what has happened on the floor during the day.

The heatmap is generated by a dataset of devices that have had a locations calculated during the last hour.  It is important to note the following;

USE CASES FOR HEATMAP GENERATED WITH STANDARD LOCATION

USE CASES FOR HEATMAP GENERATED WITH HYPERLOCATION

Latest Contents
DNA SPACES - Retrieve Data with API
Created by sboudjel on 03-23-2021 06:20 AM
1
0
1
0
Hi Team, We are working on an internal project links to DNA SPACES.We try to retrieve data using the DNA SPACES API.We connect Meraki with DNA Spaces using the API key The Connection to the Cisco Meraki CBS looks complete on the dashboard where we have da... view more
How to register call back URL in CMX
Created by S_Singh on 03-16-2021 09:51 AM
1
0
1
0
Hi Experts,is there a way to register call back URL in Cisco CMX. It is required to integrate CMX with Cisco CKC.Requirement: CKC platform will initiate one API request to CMX, and it is expecting to get output from CMX on a call back URL.
Meraki Hotspot 2.0 settings API endpoint?
Created by bobsmith5 on 03-01-2021 09:45 AM
1
0
1
0
I'm having trouble finding the Meraki Dashboard API endpoint to get/set Hotspot 2.0 configuration. According to these release notes it exists https://developer.cisco.com/meraki/whats-new/#!archive/january-2017. However I'm unable to find it in the AP... view more
Automating adding AP's to a WLC
Created by nkosiedread10963 on 11-28-2020 04:34 AM
0
0
0
0
Greetings fellows, I need help with assistance to automate adding Cisco AIR-AP1832i to  Cisco 3650 WLC.Any reference script or detailed step by step methodology will do.  ThanksNkosana
Meraki API Access Point Power Source
Created by choywy on 11-17-2020 01:05 AM
3
0
3
0
Hi,Like to know is there an API for Meraki that allows me to pull the Power Source of an access point? Currently in the GUI dashboard, there is a "Power" field that say "AC adapter" or "POE 802.3au". Is there an equivalent for that in the API?
Create ContentLogin to create content
Question or Discussion
Blog
Document
Project Story
Video
Related Content
Discussions
Blogs
Documents
Events
Videos
Project Gallery
Content for Community-Ad