as I look to the characteristics of these 2 products they are quite similar if using supervisor engine 720. They both share several modules, interfaces...

The main requirement for us is to have full MPLS functionalities. Do you (experts) have a preference according to your appreciated experience ?

Enthusiast
In response to romccallum

Can you elaborate a little more - why 3bxl is required and 3b is not enough to do MPLS L3 VPNs? As I understand from cisco docs, 3b should be enough to do all MPLS stuff.

Enthusiast
In response to e.gailiss

I dont believe the 3B actually assigns the labels. You would require OSM cards to do the actaul label assignment. The 3BXL was the first card on the 7600 that properly supported L3VPNS along with a whole load of other stuff. I would check with your Cisco SE.

Beginner
In response to romccallum

I hope this can help you. 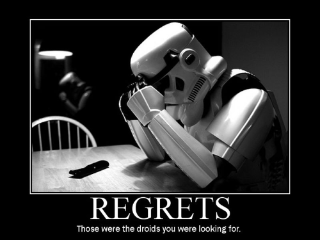 Beginner
In response to g.grof

The following doc outlines most of the differences:

Explorer
In response to Richard Gallagher

really we can config mpls vpn PE on pfc3a , but someone told me there were some bugs which cisco can't resolve on pfc3a( i don't know). on cisco cco, pfc3a didn't support mpls vpn pe offically.

i think you may ask cisco se for help.

We used sup2/msfc2 cards in 6509 chassie and now we upgraded them with sup720Bs. In both cases we use this router in MPLS/VPN environment as a PE router. I will answer your questions if I can.

Latest Contents
IOS-XR MPLS TE Auto Tunnel Backup Bandwidth Protection
Created by yosef_manasseh on 07-03-2021 08:25 PM
0
0
0
0
IOS-XR MPLS TE Auto Tunnel Backup Bandwidth Protection Current Implementation of MPLS TE Auto Tunnel BackupPotential issue with current implementation of MPLS TE auto tunnel backupEnhancement to MPLS TE auto backup in IOS XR 7.5.1Supported HardwareConfig ... view more
SNMP，some question about the CISCO-ENTITY-SENSOR-MIB value??...
Created by 00uu8zw0rf3DPJspe5d6 on 06-23-2021 02:36 AM
1
0
1
0
we are trying to monitor the Cisco 9148s SFP status, and have get the Sensor's dBm value from the CISCO-ENTITY-SENSOR-MIB table, meanwile , it has an Index value like "30000xxxx",such as "30001773", entsensorValueTable but we can't sure how to l... view more
**New Episode** Cisco Champion Radio: S8|E24 Cisco Routed Op...
Created by aalesna on 06-15-2021 09:31 AM
0
5
0
5
Check out our latest release on Cisco Routed Optical Networking solution. Listen: https://smarturl.it/CCRS8E24Follow us: https://twitter.com/ciscochampion  Disruptive network transformation may only happen once a decade. First movers c... view more
BGP Flowspec Support - 8000 Platform
Created by ravsanka on 06-11-2021 12:38 AM
0
0
0
0
Feature Description BGP flowspec in a nutshell is a feature that will allow you to receive IPv4/IPv6 traffic flow specification (source X, destination Y, protocol UDP, source port A .. etc) and actions that need to be taken on that traffic (drop, or polic... view more
EVPN IRB A/A Does not support BVI shutdown on single PE
Created by nkarpysh on 04-30-2021 12:01 PM
0
0
0
0
Introduction In EVPN A/A + IRB both PE in same EVI have BVI playing a default GW role. Its not supported to have BVI to be shutdown on one of PEs, In this case if if traffic hit this PE with DMAc equal to BVI Custom MAC, then it will drop this traffic du... view more
Create ContentLogin to create content
Question or Discussion
Blog
Document
Project Story
Video
Related Content
Discussions
Blogs
Documents
Events
Videos
Project Gallery
Content for Community-Ad