Welcome to the Cisco Support Community Ask the Expert conversation. This is an opportunity to learn and ask questions about what’s new in Cisco Identity Services Engine (ISE) Version 1.2 and to understand the new features and enhanced troubleshooting options with Cisco expert Ali Mohammed.

Cisco ISE can be deployed as an appliance or virtual machine to enforce security policy on all devices that attempt to gain access to network infrastructure. ISE 1.2 provides feature enrichment in terms of mobile device management, BYOD enhancements, and so on. It also performs noise suppression in log collection so customers have greater ability to store and analyze logs for a longer period.

Ali Mohammed is an escalation engineer with the Security Access and Mobility Product Group (SAMPG), providing support to all Cisco NAC and Cisco ISE installed base. Ali works on complicated recreations of customer issues and helps customers in resolving configuration, deployment, setup, and integration issues involving Cisco NAC and Cisco ISE products. Ali works on enhancing tools available in ISE/NAC that are required to help troubleshoot the product setup in customer environments. Ali has six and a half years of experience at Cisco and is CCIE certified in security (number 24130).

Remember to use the rating system to let Ali know if you have received an adequate response.

Because of the volume expected during this event, Ali might not be able to answer each question. Remember that you can continue the conversation on the Security community, sub-community shortly after the event. This event lasts through September 6, 2013. Visit this forum often to view responses to your questions and the questions of other community members.

Labels:
2 people had this problem
I have this problem too
0 Helpful
Reply
14 REPLIES 14
Highlighted 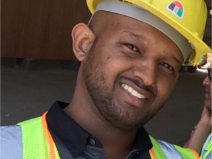 my question today about the variation of deployment models for ISE and how to utilize ISE Physical Applicances (ISE & SNS) with spread deployment such as some nodes are physical and the rest are virtual.

Cisco Employee
In response to Khalid A. Ibrahim

Please note that this is an example, the real deployment should take into account the number of endpoints, amount of logs to be stored etc factors.

Please refer to the document

How can administrators effectively troubleshoot issues in ISE solution easily and save time?  What are the different troubleshooting options available in 1.2?

There is no need of applying TAC troubleshooting via root-patch now in 1.2. Customers can see logs without applying root-patch.

Please play around with the admin-cli "show logging application xxxx" with "tail" and "include" options to get a feel of it.

Suppose you are troubleshooting a node-joining issue, you can issue below command while adding a node:

Another example, if you are troubleshooting repository/backup failing scenario

So you have a lot of better tools in 1.2 useful in troubleshooting issues live using SSH CLI.

Currently we are working on a Common Agent for both NAC and ISE solutions. Once this agent is available, customers should be able to upgrade their NAC Agent, and migrate to ISE Solution.

In the meanwhile administrator has to uninstall the NAC Agents on the client machines before migration. This can be done either manually or using patch management utilities like SMS/Altiris etc. Pushing GPO scripts is also an option.

Once the agent is uninstalled, the client can now authenticate to ISE and can download the new ISE Agent from the Client-Provisioning URL's serviced by ISE to NAD's like swithes or WLC's.

Beginner
In response to ahmohamm

We currently have a two-node deployment running 1.1.3.124, as depicted in diagram:

After step 1 is done, node B becomes the new primary node.

What's the license impact at that stage, when the license is mainly tied to node A, the previous primary PAN?

Step 3 says to obtain a new license that's tied to both node A & node B, as if it's implying an issue would arise, if we leave node B as the primary PAN, instead of reverting back to node A.

Do both nodes still function as PSN nodes, and can service end users at that point? (before we proceed to step 2)

Both nodes are behind our ACE load balancer, and I'm trying to confirm the behavior during the upgrade, to determine when to take each node out of the load balancing serverfarm, to keep the service up and avoid an outage.

According to the upgrade guide, we're supposed to perform a config backup from PAN & MnT nodes.

It also says to record customizations & alert settings because after  the upgrade to 1.2, these settings would change, and we would need to  re-configure them.

Is this correct? That's a lot of screen shots we'll need to take; is there any way to avoid this?

Disable services such as Guest, Profiler, Device Onboarding, and so on before upgrade and enable them after upgrade. Otherwise, you must add the guest users who are lost, and devices must be profiled and onboarded again."

Exactly how do you disable services? Disable all the authorization policies?

The 1.1 user guide says the maximum number of nodes in a node group was 4.

Is there a hard limit on how many nodes can be in a node group?

We currently don't use node group, due to the lack of multicast support on the ACE-20.

Is it a big deal not to have one?

Cisco Employee
In response to huangedmc

Apologies for delay. Here are the responses:

1. There is no license impact at this stage. The doc need to be corrected. The intention though is to make sure one re-promotes the Admin node back such that any future licenses are based on the existing node-A license.

2. Yes both will run PSN service. For Loadbalancing consistency, you can test the new PSN for authentications after upgrade, and then mark the PSN running 1.1.3 as dead in LB. You can reactivate it after upgrade is completed.

3. The config backup is a database backup. We support restoring 1.1.3 databse on 1.2 images too. So this would be helpful in multiple ways in case the upgrade is not smooth.

Unfortunately, there is no alternative to recording the customization and alert settings. Aplogies for that.

Disabling services is mentioned here in the context of not adding delta users/endpoints during the upgrade process. In order to do so, you might want to disable individual profiler/authorization polcieis and Guest Authorization pages. But since we are already removing the old PSN(1.1.3) from LB farm, this should suffice in terms of not adding any additional users/guests/endpoints in the interim.

4. 10 PSN nodes in a node-group is a hard limit. Node-groups are especially useful when there are under-process authentications and a PSN fails. The other PSN's in the node-group will detect this failure and send COA to the NAD devices so the client is initiating re-authentication.

My issue is a bit complicated, as I currently have a pair of ISE 1.1.1.268 VMs, both running policy.  One primary Admin, and one primary MNT.  The issue is that upgrading to any new version is going to be very difficult.  The original installer of these VMs only used a size of 200GB for storage.  The recommandation is now 600GB.  The only way to upgrade is to 100% rebuild my VMs, install 1.1.1.268, and then upgrade to a newer version (1.1.3, etc.).

I have two main concerns/problems:

1.  This is a production environment, and authentications need to happen basically 24x7.

2.  I don't know how to properly migrate my public & private certs for these two systems.

I would love to move off of 1.1.1, but right now, I don't know the easiest process to accomplish this.

Any advice/suggestion would be most appreciated.

Rising star
In response to jlinkowsky

I would suggest you to take a backup of your  current database, include certs, and any custom profiling policies...etc (basically follow the release notes). Then reimage the box with new release in off peak hour and restore your old database, ISE 1.2 can now detect the older version of db and will upgrade it.

Cisco Employee
In response to jlinkowsky

doing this in a zero-downtime window is very difficult as certificates are tied to hostname/ip-address of the nodes and bringing up another pair of nodes with similar hostnames will create issues in the network.

this should take care of it.

I completed the upgrade to our 5 ISE nodes yesterday and it's working ok apart from one thing. We have 1500 basic licenses and 250 advanced licenses and the advanced licenses are normaly no higher than 50-60 but since the upgrade, the license usage has increased (as each node was upgraded) to 500-600 and it sees to be staying around there. The profiler activity graph indicates that the profiler is as busy as it used to be so I guess something's stuck?

if the issue is still not resolved, please proceed with a tac case

Latest Contents
AMP for Endpoints: Get started with SecureX Orchestration!
Created by deaguo on 01-23-2021 11:27 PM
0
10
0
10
What is SecureX? Cisco SecureX is included with all Secure Endpoint (formerly AMP for Endpoints) subscriptions. SecureX is a cloud-native platform that aggregates capabilities across your security environment. It’s designed to simplify your environment, ... view more
ISE Secure Wired Access Prescriptive Deployment Guide
Created by hariholla on 01-21-2021 12:41 PM
13
155
13
155
Cisco ISE Secure Wired Access Prescriptive Deployment Guide   Authors: Hariprasad Holla (until June 2018), Mahesh Nagireddy (until Dec 2018)   For an offline or printed copy of this document, simply choose ⋮ Options > Printer ... view more
SecureX and the Evolution of Security Orchestration Automati...
Created by ciscomoderator on 01-20-2021 02:50 PM
0
0
0
0
Meet the Authors Slides- SecureX and the Evolution of Security Orchestration Automation and Response (Live event – Wednesday, 20th, 2021 at 10:00 a.m. Pacific / 1:00 p.m. Eastern / 6:00 p.m. Paris) This event had place on Wednesday 20th, January 202... view more
Cisco Endpoint Security Analytics (CESA) dashboard overview ...
Created by Jason Kunst on 01-19-2021 12:35 PM
0
5
0
5
The following guide goes over the in and out of the Cisco Endpoints Security Analytics Dashboard as an overview and faq page For more information on the product offering, licensing, support, and how to solution (TAC) guide links and more please visit the... view more
#CiscoChat Live: Accelerating your security maturation journ...
Created by Kelli Glass on 01-15-2021 04:48 PM
0
0
0
0
Join us live on Tuesday, January 19 at 10:00 am PT (and on demand after) as we discuss the latest version of ATT&CK and the expansion of TTPs in v8.  As a security expert, you are tasked with protecting your environment. You see the value of... view more
CreatePlease login to create content
Discussion
Blog
Document
Project Story
Video
Related Content
Discussions
Blogs
Documents
Events
Videos
Project Gallery
Content for Community-Ad