Cisco Community
English
Register
Login
ANNOUNCEMENT - Upcoming Changes in the email address of Community email notifications - LEARN MORE
RegisterLogin
Options
Turn on suggestions
Auto-suggest helps you quickly narrow down your search results by suggesting possible matches as you type.
Showing results for
Search instead for
Did you mean:
Announcements
Choose one of the topics below to view our ISE Resources to help you on your journey with ISE 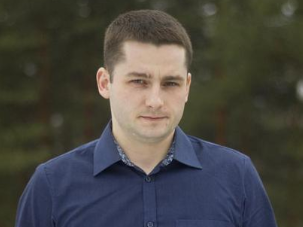 AD Connector state is "not running" after upgrade from ISE 2.0.1 to ISE 2.1. ISE deployment is STANDALONE.

Labels:
Everyone's tags (3)
2 people had this problem
I have this problem too
1 Helpful
Reply
1 ACCEPTED SOLUTION

is there any way to bring up AD Connector manually?

If memory is the issue, manually start is not going to help.

AD advanced tuning has a button to restart AD connector.

(Should mention I aldo changed NTP-Servers just before this incident)

This lock was NEVER removed - and thus the ISE stuck in this state. Even after restart of the ISE it was still stuck with the "APP_START" hindering any further maintenance ... and no AD Communication.

I tried a lot of things - another upgrade, removing the patch etc. - including "application reset-config ise" - to no avail - APP_START was still in the way.

Last resort was to ask my VMWare hosting company to do a reimaging of the thing ... but since this particular one was in China, it was potentially a very long wait!

But last thing to try, was to change the role on the ISE from "STANDALONE" to "PRIMARY" - and after that - and after a very long wait were finished (while the ISE did it magics behind the scene!) - the AD Connector was up and running again ...

I then choose to do a "reset-config" anyway, apply the latest 2.3 upgrade - and it was back in business again

Thanks for the info.

CSCvf17703 has been logged to provide more debug info why the app start not completing.

0 Helpful
Reply
Latest Contents
Working with Orbital API
Created by dkrull on 07-06-2020 11:27 AM
0
0
0
0
Getting StartedPrerequisitesFinding your Orbital CloudUsing PythonGenerate your TokenConfirming your token is validCreating a QueryChecking a JobConclusion Getting Started You will need to make sure that you have Orbital access before we begin. You nee... view more
What information is shared when I log into SecureX with Micr...
Created by diddly on 07-03-2020 04:05 PM
0
0
0
0
Question When I log into SecureX, I'm given an option to Sign in with MIcrosoft. What information is shared from my profile with Cisco? Answer 1. If you signed in with your work email, the information shared from your profile is controlled by your or... view more
Using Stealthwatch to Monitor IOT devices for exploitation, ...
Created by pejohns2 on 07-02-2020 09:08 AM
0
0
0
0
Stealthwatch Enterprise can be leveraged to monitor vulnerable devices, and alert on potential exploitation by bad actors looking to exploit Ripple20 and other potential vulnerabilities. Note that the concepts and procedures outlined here can be used for... view more
Using Stealthwatch to monitor and alert on suspicious/out-of...
Created by pejohns2 on 07-02-2020 06:23 AM
0
0
0
0
The following is useful to those entities interested in monitoring appropriate usage of Cisco WebEx resources within their environments, as well as those interested in tracking additional metrics around usage of the WebEx service. The relevant supporting... view more
Activated the SecureX ribbon with the wrong account in AMP, ...
Created by diddly on 07-01-2020 05:15 PM
0
0
0
0
Question I'm using AMP, and when I activated the SecureX Ribbon, I mistakenly used the wrong account to connect to SecureX. Now my SecureX Ribbon is connected to the wrong account. How do I fix it? Answer You can clear the SecureX Authorizatio... view more
CreatePlease login to create content
Discussion
Blog
Document
Video
Related Content
Discussions
Blogs
Documents
Events
Videos
Content for Community-Ad