Cisco Community
English
Register
Login
Join the Webex special event conversation for a chance to win NEW Webex swag!
RegisterLogin
Options
Turn on suggestions
Auto-suggest helps you quickly narrow down your search results by suggesting possible matches as you type.
Showing results for
Search instead for
Did you mean:
1545
Views
0
Helpful
4
Replies 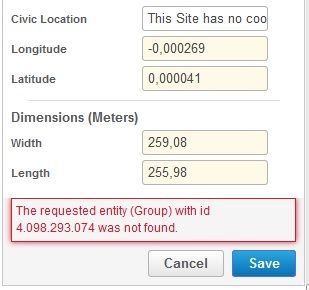 There are errors too, if you want to edit the map in the deprecated Site Maps

In addition we got a lot of not deletable or editable "Access Point" Device Groups in the Inventory, which is annoying. 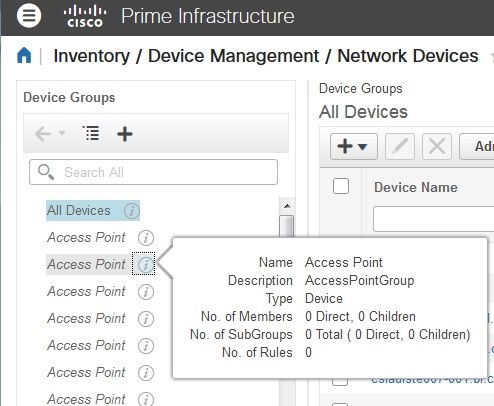 Is there any way to fix these errors without reinstall PI 3.2?

Beginner
In response to Tobias Heisele

Well, good to know that we are not the only ones having this problem. Thank you for your information.

We have the same issue.

At first I thought it was from the importing of Maps from third party tools so we restored the system via snapshot only the next day to have the issue you listed.

We tried to perform compact and repair through the CLI. Reboot... Everything we could think of.

After leaving the system for the weekend, we returned to have no device tree at all and the topo maps have also gone with the wind. Not sure what happened but no one accessed the system over the weekend.

At this point the thought is to do a clean install of Prime 3.1 as Cisco doesn't seem to be showing any love for this version. They just finally release a device pack after 90 days and no real updates or new devices.

This version really also looks like a Preview version as they left in developer notes everywhere like this is new and this is going away.

If someone has solved this please let me know as I have 2 instances now having the same issue.

Today we patched PI 3.2.1 and a few problems seemed to be solved. Maps are editable again, but we still can't add a new AP to an excisting map, which was created in PI 3.1.5. Device Groups dissappeared too and we have a clean inventory list now. Lets hope the next patch, update or upgrade solves the remaining problems.