Cisco Community present at Cisco Live EMEA 2023. See you in Amsterdam! Learn more.
Turn on suggestions
Auto-suggest helps you quickly narrow down your search results by suggesting possible matches as you type.
Showing results for
Search instead for
Did you mean:
Start a conversation
Options
55226
Views
40
Helpful
26
Replies

I have an odd situation with regard to two new ASA5515Xs I have just purchased.

My suspicion is one of two things have happened - either there was some error at the factory, and I am the unlucky recipient of two mislabeled units -or- the show version/inv serial numbers of these new units are not supposed to match the chassis serial numbers, which seems odd but possible.

Can anyone who has one of the new 5515Xs confirm that the chassis serial number sticker DOES match the show version serial number?

13 people had this problem
I have this problem too
Labels:
0 Helpful
Share
Reply
26 Replies 26

We have just had 3 of these each showing different Chassis serial numbers to the "show version" !

We have assigned our licenses to the "show version" printout however we are scratching our heads on the gamble of what we should put the Smartnet against :S

Did you get anywhere within Cisco on this and what to do?

Actually, I never was able to get a definitive answer on this. I tried TAC and the "Service Support Center" team and really didn't get anywhere; ultimately the TAC recommended that I contact the customer service group who then suggested that I return my two units to the vendor and order new ones!

One note, I originally did try to take out a Smartnet contract (specifically for IPS Services) and it would not accept the "sh version" serial number as a valid serial number. It would accept the chassis serial number - BUT the eventual IPS License file to activate the license on the ASA needs to match the sh version serial number.

Even if I was able to Smartnet the sh version serial number - I wouldn't have a warm fuzzy feeling. It just seemed like there was a huge possibility for problems in the future should there be any warranty issue or a Smartnet replacement...

I have not received my replacements yet - I will update this thread when I do. 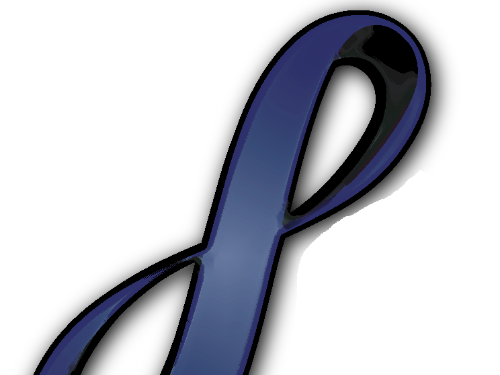 Contributor
In response to kstarnes11
Options

Was there ever a solution to this, I have a customer who has this issue but its now 3 years later when we are trying to renew the contracts.

No solution, other than to replace the hardware.

What we ended up doing was giving our SmartNet contractor both the hardware serial and the serial we got from the SHOW VERSION command.

Beginner
In response to dirkmelvin
Options

The serial number for the chassis can be found if you run show inv.

Beginner
In response to rforssell
Options

show inventory worked for me! Thanks!!!
10 Helpful
Share
Reply

Just for your reference I think this is a software issue that will be fixed in next releases.

Official Cisco reply I got from this was as follows: -

The Saleen’s is not fully UDI compliant yet. So the “show version” command will still show the MB SN#.

The Engineering is still working on releasing a new image that will also show the Chassis SN#.

Just got my replacement units and as suspected, they have the same issue with the show version not matching.

I guess your response from Cisco also supports this.

Did your Cisco contact have any instructions on what to do about smartnet?

Beginner
In response to kstarnes11
Options

software licenses need to be registered with software shown serial number, Smartnet needs to be licensed against chassis serial number.

It has taken weeks to resolve but we got there in the end!

Also to get the IPS to work you need the smartnet contract as you need the .aip software download that is the IPS image file.

Not that I could do anything different either way, I guess I am just bracing myself for more challenges with the IPS license phase…

Beginner
In response to kstarnes11
Options

I would hold fire we are getting update issues due to smartnet on chassis numbers. Will keep you posted

Any update on this issue? I have the same failure with 3 new ASA 5515X firewalls.

Beginner
In response to rene.schmid
Options

Well, I was able to get this resolved (finally)

Note, this was after my initial units purchased in April that customer service eventually had me return. Of course the replacements had the same problem, so It took a opening a couple more support cases, now with the belief that this was not a one off production issue, but by design.

At first, they were a little confused about the problem - but referencing the first case # and sending them the show version/show inventory/show modules all output seemed to help. There is also an ASA software update that references a bug id: CSCtz56314 - I included this in my support case and this may have helped too.

Finally, the automated tool never worked as they just created the license file and sent it to me.

Now, everything is working fine. Obviously, a little painful, but I assume that's because these units are so new that updated processes/procedures have not made it to everyone who needs them...and eventually this will be ironed out...