Welcome to the new Cisco Community. LEARN MORE about the updates and what is coming.
Turn on suggestions
Auto-suggest helps you quickly narrow down your search results by suggesting possible matches as you type.
Showing results for
Search instead for
Did you mean:
Start a conversation
Options
3368
Views
10
Helpful
8
Replies

Hello I am having an issue with one of our firewalls locking up and I figure I would ask here while waiting to get an issue with my support contract worked out. This is an ASA 5516X with firepower running 9.6(4).

So far this has happened twice and the only change made that aligns with the timing was setting up outbound traffic policing for some data replication to the cloud.

The issue: The firewall seemingly randomly locks up and stops passing all traffic. observing the firewall at the time of the issue shows the "active", "status", and "power" LEDs solid green. The SSD LED is flashing normally. Interfaces on the back still have green link lights and are flashing like they are passing traffic. SSH connections do not work and console connection does not work / no output.

The only way to fix this is to power cycle the firewall. After the reboot I checked the disk both times and found no new crashinfo files or coredumpinfo files.

Let me know if you guys have seen this before or if this is actually a known bug. I tried searching though and didn't turn up anything.

15 people had this problem
I have this problem too
Labels:
5 Helpful
Share
Reply
8 Replies 8

Also I already checked the serial number against the Clock Signal bug Field Notice and found it was not impacted by that.
0 Helpful
Share
Reply

but i cant find any reason to cause that problem 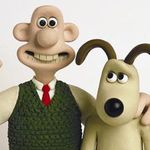 if you have a cisco service contract than best is do RMA. seem like this appliance is defective

Beginner
In response to Sheraz.Salim
Options

it only happened once, there should be away to find out why this happened

This is a difficult one. have you open a cases with cisco TAC. getting a unit frozen this could lead to a point hardware issue.

I saw a VIP CCIE say they strongly suggest of upgrade 9.8.4. its a gold start release and we already using in production we have not seen any issue in regards to anyconnect.
0 Helpful
Share
Reply

Just wanted you to know that this issues now happend twice at our customers site.
About 2 months ago, then again yesterday. Symptoms were exactly the same and a power cycle solved the Problem.

please do not forget to rate.
5 Helpful
Share
Reply