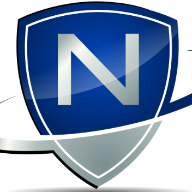 Behaviour of SFR if lost connectivity with FMC

FMC is in North America. (Eventually, could be a pair of FMC in HA, but for time being is a standalone FMC).

5515-X-SFR are located all around the world.

1. What happens if SFR lose connectivity with FMC?  My understanding is:

a. SFR will continue analysing traffic using the config it had just prior to losing connection with FMC

b. SFR will log events locally, and pass those logs to FMC once connectivity is re-established

c. since SHA-256 cloud-query can't be sent to FMC for lookup, SFR will let the file go through (default 2-second timeout for release).

2. If SFR still can't communication with FMC, at what point would SFR start purging the event data it's caching? Will it start purging once it reaches a percentage SSD usage?  Or will it start purging after X hours? If it's purging, I presume it's FIFO?  or is it based of least severity level of events? I don't think it would purge by least-severity level since SFR doesn't know which event is significant or not: I think that only FMC is be able to adjust the impact level, since only FMC knows the context, from info it has gathered via Network Discovery.

3. Once FMC and SFR connectivity is re-established, will SFR start pushing all the log events it has cached while the connectivity was down? I would think it is necessary to do so, in order to FMC to be able to eventually do proper retrospective analysis.

4. Once the connectivity is re-established and SFR is sending its cached events to FMC, will FMC then go query the cloud with the SHA-256 of those files that SFR had to let go through since it couldn't ask FMC about their malware disposition while their connectivity was broken?

5. Is there a way to have the SFR query directly the cloud should it lose it's connectivity with FMC?

Thanks for helping us better prepare for BC. 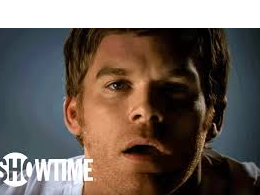 You are right with point 1

For point 2 SFR will start purging events based its SSD usage and that will be based on FIFO.

For point 3, yes SFR will start pushing all the events to FMC once connectivity is back.

You are right for point 4 as well where SFR will send all the info, including file events to FMC and it can do analysis and show retrospective events.

As of now SFR does not send the query directly to cloud and needs FMC.

Beginner
In response to yogdhanu

Yogesh, thanks for the sanity check and your quick reply.

Latest Contents
What's New in NGFW FTD 6.7, ASA 9.15.1, FXOS 2.9
Created by suhegade on 11-30-2020 02:52 AM
0
0
0
0
Cisco is happy to announce their Fall release, FTD 6.7/ASA 9.15.1/FXOS 2.9, which consists of 104 features across 24 initiatives, addressing technical debt while staying true to our five core investment areas: Ease of Use and Deployment, Unified Policy an... view more
Cyber Ops Pro 350-201 CBRCOR
Created by Gallifrean on 11-25-2020 02:44 PM
1
0
1
0
Does anyone know when and where study resources will become available for this certification?
Is it right way to exclude ? \Program Files\Commvault\*
Created by Pruthvirajnasagoni89418 on 11-24-2020 09:34 AM
0
0
0
0
Hi Team, I have one exclusion provided by internal team which is Is it right way to exclude ?  *\Program Files\XYZ\* , as per Cisco Docs i see its not recommended because it will create performance issue when we use * at starting ,  So... view more
Customer Connection Briefing - Central Log Management using ...
Created by Kelsy Tibshraeny on 11-24-2020 09:27 AM
0
0
0
0
Central Log Management using Cisco Security Analytics and Logging, December 2nd at 8am-9:30am PT Cisco Security Analytics and Logging is Cisco’s Central Log Management solution for Network Operations and Security Outcomes. It is delivered both as a c... view more
How to: Integrate Cisco ISE MDM with Microsoft Intune
Created by pavagupt on 11-23-2020 01:54 AM
0
5
0
5
Release HighlightsScalable Eventing & Logging ImprovementsThreat Efficacy Investment + Latest Web Standard SupportDevice Health MonitoringApplication & URL Visibility in TLS 1.3RA VPN Functionality Gaps for FTDIdentity Firewall – Multi-Domain Supp... view more
CreatePlease login to create content
Discussion
Blog
Document
Project
Video
Related Content
Discussions
Blogs
Documents
Events
Videos
Projects
Content for Community-Ad