What it is: The Cisco CLI Analyzer (formerly ASA CLI Analyzer) is a smart SSH client with internal TAC tools and knowledge integrated. It is designed to help troubleshoot and check the overall health of your Cisco supported software. In addition to ASA. We now support IOS, IOS-XE, IOS-XR and NX-OS!

The release of Cisco CLI Analyzer 2.0 provides customers a significant upgrade in terms of knowledge, errors and troubleshooting capabilities from Output Interpreter. We highly encourage customers migrate over as the analysis and insights far exceed those of OI.

-- Utilizes Cisco TAC knowledge to analyze the current state of your device and detect some known issues such as system problems, configuration mistakes, and best practice violations.

-- (CHH) provides an immersive CLI experience by providing helpful information based on command output. Classifications vary from informational, warning and danger. A click of the mouse provides an explanation of the CHH and detailed documentation links go to cisco.com to provide a deep dive into the content.

-- Attempts to match the root cause of a crash to a known bug if the ASA has experienced a system traceback. If a matching bug is found, the ASA version(s) in which the bug is fixed are provided.

-- Calculates which connections are passing the most traffic through your ASA at a point in time.

-- Allows administrators to simulate sending packets through the ASA. If the packet is dropped, the ASA configuration setting or feature that could have contributed to the packet drop is identified. 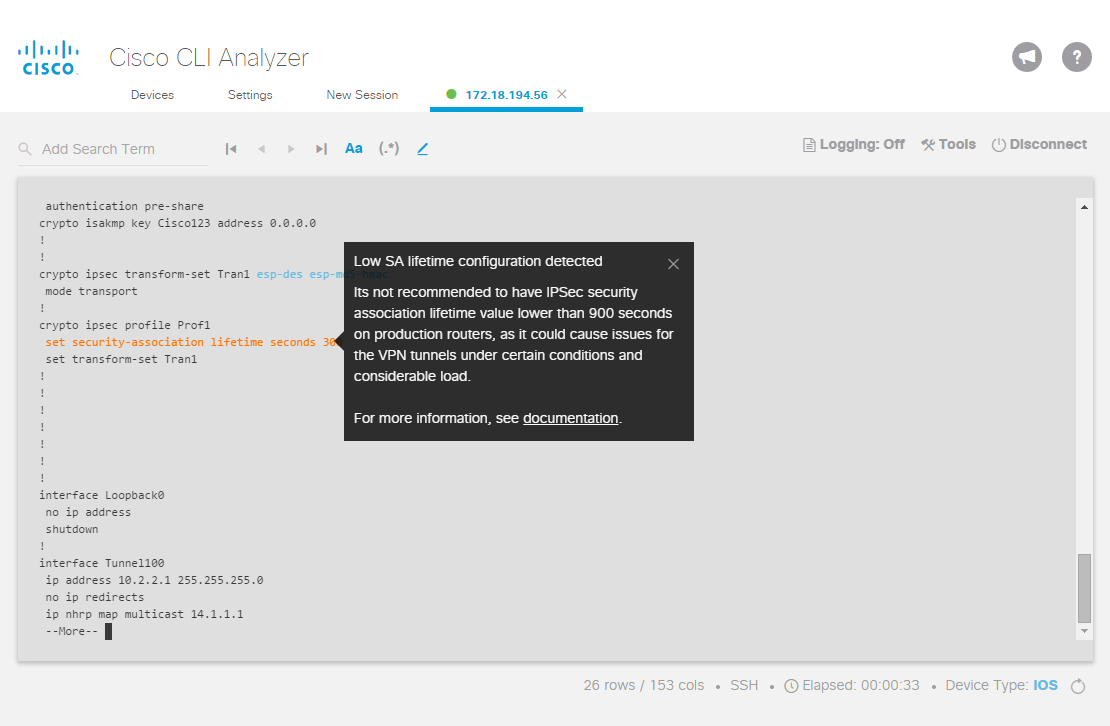 Use the TAC powered tools to diagnose and troubleshoot your network: 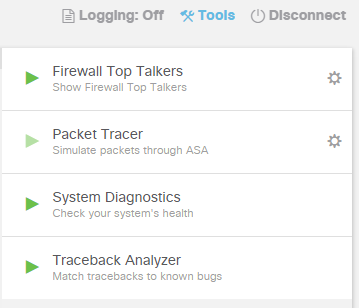 Get alerts to known problems, errors and best practice violations based on your devices configuration and operational state:

Beginner
In response to John Bollier

Beginner
In response to rtalada1

Absolutely agree. We are up to version 3.6.6 now, and there is still nothing for Linux (and yes, OpenSUSE is awesome). There is a Mac version, so it should not be that hard.

Our environment has an internet proxy with SSL intercept enabled. I successfully enabled proxy settings but I can't seem to find any resources on where to add our root certificates so this program trusts it.

Will there be a version supports Windows 10?

Cisco Employee
In response to chamika_sooriyabandara1

You can use Windows 10 with version 3.2.1 of CLI Analyzer. Please ensure you use the correct version for your OS. Most use 64 bit today, but please verify your OS type first.

Beginner
In response to John Bollier

Thanks a lot John.

In downloads there is no exe file for windows 10 though. So, I tried with the windows 7 64 bit version on my windows 10 machine and it works perfect.

How can I get the account "entitlement" to use this tool ? I have the "Insufficient Entitlement" error.

Beginner
This has to be the worst move forward of a tool yet. IMO of course.

I didn't often have need to use the old analyser but I could copy and paste or manually enter the info and it would do its thing. Now I just get - failed to connect errors. This is because >90% of the clients I support are either secure or the the acces to the end devices is restricted to come from a very select set of IPs with no internet connectivity.

As a consequence this tool is just an over-glorified and over-engineerd ssh / telnet tool that means anything we can't find from a serach will require a TAC case. Surely the whole point of this tool would be to reduce TAC cases so conisder an offline version or at least an updated online version.
0 Helpful
Reply