Cisco Community present at Cisco Live EMEA 2023. See you in Amsterdam! Learn more.
Turn on suggestions
Auto-suggest helps you quickly narrow down your search results by suggesting possible matches as you type.
Showing results for
Search instead for
Did you mean:
Start a conversation
Options
131
Views
0
Helpful
1
Replies

I am having an issue with a 1:1 NAT on an FTD.  I have two FTDs (both managed by an FMC), and they both have 1:1 NATs.  The NATs are working on one FTD, but not on the other.  They have different flavors of internet, and the problem is related to the connection.

Referring to the FTD with NATs that are not working, there are several static IPs on that internet service.  I verified with the ISP that they are configured on the circuit, and one of the other IPs was on the FTD's WAN interface before I changed it to what the IP is now.  The IPs are in the same subnet.  I talked to the ISP about this fiber connection, and was told that the session for each static IP isn't static, it's dynamically built.  What triggers the building of the session is when the gateway (the ISP) receives an ARP from the static IP.  That sets off a series of events that builds the session for that particular static IP.

I realize that this is likely not possible, but I'll ask anyway.  Is it possible to have the FTD periodically send an ARP with an IP other than the interface IP?  I see no way to do this in the FMC.  I consoled in to the FTD and saw that 'arping' is in Expert mode, but I can't source ARPs from the WAN interface.  It's not listed in an 'ip addr'.  I assume that's because the FTD part of the box has control of that.  Is there another way to address this problem? 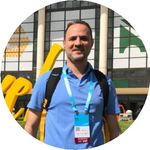 I can't see why you would need to do that. As per your FTD config, when the traffic is sent out with the secondary (NAT) IP the ISP router should know that it needs to throw that traffic back out of the interface connected to the FTD WAN interface, and then the FTD will use its proxy ARP to take ownership of delivering the traffic back to the internal host. If the ISP router and the FTD WAN connection is using a different subnet than the one that is being used for NAT'ing then the ISP router should have a static route back to the FTD WAN interface for any traffic destined to the NAT'ed IP addresses.