For troubleshooting purposes and to answer numerous questions from our clients, need to know the order in which a packet is analyzed by a PIX\ASA.

What are the steps involved when a

packet enters a fw and leaves it.

So I did some research and came up with this sequence. Please suggest

corrections if you see a mistake. It is always good to have this kind

The PIX\ASA inspection sequence is performed as follows:

1. As a packet enters an interface, the PIX evaluates the security

level for the source and destination interfaces. A low-to-high is

denies it. It there are ACL's present, the packet is checked against

2. Then the packet is checked against the stateful connection table.

If the packet is part of an already established connection, then it is

specified. If the packet is identified as part of a new session, it

is passed to the ASA that performs the inbound network translation

4. The ASA updates the connections table with the packet's connection

state and the timers are started for that session.

5. The packet is checked against the Inspections database to

(checks to see if it needs a Fixup)

6. The packet gets routed to the interface designated by the routing

7. At the exit interface, the source translation is performed, if

8. The packet is sent to the next hop router in the routing table or

So does it look good or any comments please?

How did you come up with this? I have seen an official Cisco doc on this, but ATM I cannot find it again.

Anyone have a link?

Send me a message on Webex Teams
0 Helpful
Reply
Highlighted

I came up with searching for "how a pix works"

I don't have the link at the moment but others have said this looks ok, but just wanted to run it past the experts

One good link is: 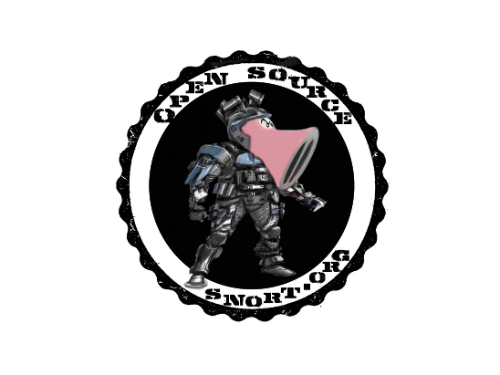 The answer to your question is included as part of the ASDM gui for PIX and ASA. It is called packet tracer. it can be found under the tools menu, or the access rules area, or by right clicking on any ACE or NAT or policy rule and selecting packet trace. This GUI tool will run you through, in order, every decision, lookup, and result that ASA/PIX will make on a particular flow. Hope this solves your issue.

BTW packet trace is also availabe via CLI but the GUI is so much more fun!

0 Helpful
Reply
Latest Contents
Adding Exception Subnets to Umbrella Connector for ASA Firew...
Created by R. Clayton Miller on 08-05-2020 02:22 PM
0
5
0
5
You would like to use the ASA Firewall Umbrella Connector to enforce DNS policy with Umbrella.  However you would also like to exclude certain IP addresses or subnets from using this policy.  I recently had the need to do this, had a bit of tro... view more
Crytophgraic algoritms required by the secure gateway do not...
Created by latenaite2011 on 08-03-2020 09:33 PM
1
0
1
0
Hi Everyonem Just wondering if anyone knows why I am getting an error that says "Cryptographic algorithms required by the secure gateway do not match those supported by AnyConnect.  Please contact your network administrator.".  See attached... view more
20 Cybersecurity Considerations for 2020: Download the Cisco...
Created by Kelli Glass on 08-03-2020 02:57 PM
0
0
0
0
The Cisco 2020 CISO Benchmark Report provides valuable takeaways and data on the most pressing topics: the impact of vendor consolidation, cybersecurity fatigue, outsourcing, top causes of downtime, the most impactful threats, and more. The repo... view more
Stealthwatch Identity Certificate issue
Created by donald.heslop1 on 08-03-2020 02:24 PM
0
0
0
0
Hi, Has anyone run into the "Channel down" issue when updating the identity certificate on the Stealthwatch SMCv and SFCv. I'm doing a POC for a client and every time I go an update the identity cert the SMC says "it could save the configuration" and... view more
Orbital Query Corner - Hunting WMI based backdoor mechanisms
Created by brmcmaho on 07-30-2020 10:26 AM
0
0
0
0
The Advisory On July 16 2020, the U.K. National Cyber Security Centre and Canada’s Communication Security Establishment, in cooperation with the U.S. National Security Agency and Cybersecurity and Infrastructure Security agency, issued an advisory [... view more
CreatePlease login to create content
Discussion
Blog
Document
Project
Video
Related Content
Discussions
Blogs
Documents
Events
Videos
Projects
Content for Community-Ad