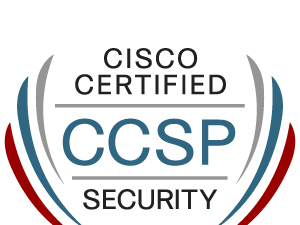 Site with two paths to another site

My theory is simple and not complicated.

I have two sites (HQ and BR) that are connected together using WiMAX. The BR site gets IP addresses from a DHCP server in HQ site and accesses resources (such as shares, internet, ..etc) in the HQ site. Sometimes the WiMAX goes down, as a result both sites lose connection and become isolated. I deployed an IPSec L2L VPN between the sites as a backup path. When the WiMAX goes down, users' traffic goes through the VPN tunnel.

Now, i want users to use the WiMAX as a primary connection and the VPN as secondary. But how can i do that?

When both the WiMAX and VPN are up, how can i tell which path the traffic is forwarded to? Both paths forwards DHCP leases to user from HQ's DHCP server.

I want to assign a cost so that users prefer the WiMAX and then the VPN when WiMAX is down.

And which switch device should i assign this cost?

The scenario doesn't involve in router devices. It's all pure LAN switching and 2 firewalls.

Unfortunately, i don't have access to drawn network layout but let me know if you need me to draw it for you.

Labels:
I have this problem too
0 Helpful
Reply
Latest Contents
ASA 5545X and RADIUS Configuration
Created by TW80CJ5 on 05-27-2020 07:22 AM
0
0
0
0
Good morning... We are using 5545X's and are wanting to use RADIUS as our Network Policy Server (Server 2016) to authenticate access to our ASA's. The problem we are seeing is that when we are configuring the RADIUS server, we successfully login to t... view more
Migrate from C170 to C190
Created by fhk_license on 05-26-2020 02:24 AM
3
0
3
0
I need to migrate from C170 to C190 and have already match to the same Firmware Version. I have a question. Is there any method that can export and import the configuration file instead of form cluster ?
DGTL-BRKSEC-1011 - A Challenger Appears: Defending Mailboxes...
Created by chclasen on 05-20-2020 09:43 AM
0
0
0
0
This AMA will serve as the Q&A for the Cisco Live Digital breakout DGTL-BRKSEC-1011 - "A Challenger Appears: Defending Mailboxes in the Cloud" which covers a brand new product which will be announced during the event: Cloud Mailbox Defense. Join Techn... view more
ASA Image won't stay
Created by Senbonzakura on 05-19-2020 12:19 PM
3
0
3
0
I've fixed this before but now I'm running into a different type of an issue. My firewall isn't booting to the image so I have to keep reloading the image onto the ASA. Any help would be appreciated. Also my Config-Register is set to 0x1. As of right now,... view more
#CiscoChat Live - SMBs and CyberSecurity: Busting Traditiona...
Created by Kelli Glass on 05-18-2020 02:05 PM
0
0
0
0
Join us live on Tuesday, May 19th at 10 am PT (and on demand after) as we officially bust the myths around SMBs and cybersecurity. Join our experts for a live Cisco Chat - we'll share some fascinating survey results, and outline key factors for a suc... view more
CreatePlease login to create content
Discussion
Blog
Document
Video
Related Content
Discussions
Blogs
Documents
Events
Videos
Content for Community-Ad