Cisco Community present at Cisco Live EMEA 2023. See you in Amsterdam! Learn more.
Turn on suggestions
Auto-suggest helps you quickly narrow down your search results by suggesting possible matches as you type.
Showing results for
Search instead for
Did you mean:
Create a new blog
2446
Views
5
Helpful
2
Comments

Routers that live where you don't want to. 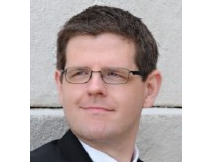 Presenting at Cisco Live is fun.

Actually, the weeks of work getting slides together with a Session Manager bugging you for submitting them late and doing slide reviews with brand police is not fun at all. What's really fun are the conversations that you have after the session. You always get the most interesting stories and problems in the 15 minutes after the session ends.

That was the case at Cisco Live Barcelona a few weeks ago. After one of my sessions I had a customer come up to tell me about an interesting problem he had choosing a router in a design for train ticketing kiosks. Train stations, and the machines that sell you tickets, aren't always in the nicest of environments. Not all stations are indoor air-conditioned cosmopolitan affairs. Quite often they're utilitarian outdoor sheds with just a roof to keep them somewhat dry. Definitely not a place you want to hang out 24x7 even if you're an avid trainspotter. His problem was picking a router that would be happy in such a harsh environment and could connect via LTE to primary and backup providers. For bonus points he also needed to connect to a couple other devices inside the kiosk for actually selling the tickets. 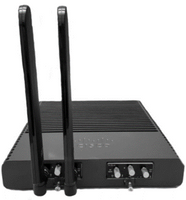 C1109-4PLTE2PAs luck would have it, we had just introduced a couple of new members of the Integrated Services Router (ISR) portfolio that would be perfect for him. The ISR 1109 was designed for these type of not-quite-IoT environments but certainly places a normal network device would suffer. Officially it's referred to as a "Machine to Machine" product which means that it is passively cooled with an extended temperature range, but not to the extremes of something designed to sit outside directly exposed to the elements. It's a good combination of ruggedness and affordability that makes it perfect for these type of kiosk deployments.

The ISR 1109 is a member of the Cisco ISR 1000 Series which means that it is built on IOS-XE for performance with a dizzying assortment of features and can also support the Cisco SD-WAN solution for simple management and efficient use of any WAN link you have available. You have options for 802.11ac wireless LAN plus up to 4 wired GE LAN ports in addition to 1 or 2 LTE radios. Each LTE radio supports dual SIMs so you can have up to four providers configured with up to two active at any time. They're designed for -20 to +55C so quite literally they're designed for places you just don't want to be. 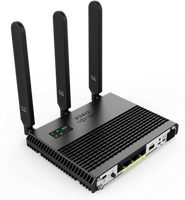 When I told him all of this it was as if the heavens had opened up and he had just discovered mana that would justify his trip to his boss. When you can solve a real problem directly with something released at just the perfect time is what makes all the work getting ready for a Cisco Live worth it. My dream is for a 90 minute session at Cisco Live where we do nothing more than answer design questions like this. I don't think there's a Session Manager on the planet that would approve a session like that, but I can dream right?

To help in my quest for an open jam session at Cisco Live, email ciscolive@cisco.com.