There are 2 methods of booting and running IOS XE software in 3850 switch/stack.

By default, the switches are shipped in Install mode.

Install Mode: Install mode is where we pre-extract the .bin file in the flash and boot the witch/stack using the packages.conf file created during the extraction.

Install mode is the recommended mode of running the switch. Not all features may be available in this Bundle mode

Use “software expand” command to convert the switch into Install mode from Bundle mode. The steps are mentioned below.

The packages and provisioning file used to boot in installed mode must reside in the flash.

Booting in installed mode from usbflash0: or TFTP is not supported.

Booting a bundle in bundle mode is just like booting a monolithic IOS image.

Before doing the upgrade, we need to check the mode in which the switch is currently booted in.

By default, switches are shipped in Install mode.

In order to upgrade the switch from Install mode, please follow the below-mentioned procedure.

The source can be

Refer to the configuration guide to know about the other optional parameters of this command,

Once the installation is completed, reload the switch and it will boot into the newly installed IOS XE image.

If the switch is currently running in “Bundle” mode, then we need to use the “software expand” command to convert the switch into the Install mode first and then install the new IOS XE.

The ‘software expand’ exec command is used to extract the package files and the provisioning file (packages.conf) from a source bundle (possibly the running bundle) and copy them to the specified destination directory in a local storage device.

This command will typically be used to convert from the bundle running mode to the installed running mode.

This example uses the following steps to prepare a switch for booting in installed mode, i.e., booting a package provisioning file (packages.conf)

Can also boot from usbflash0: or via tftp

The 'software rollback' exec command can be used to revert to a previous version of the installed software package set (i.e., an older packages.conf file)

Note:  If the 'software clean' command is used, future attempts to do a software rollback are likely to fail

If i use the 'new' keyword then could you please confirm that the switch will boot with the new IOS or we need to put, boot system flash:<new IOS> to reboot with new version after software install file command.

if we use "new" keyword, it will create a new package file and rename the old package file to packages.conf_old . This will be helpful if we want to Rollback the version to the previous version.

Thanks a lot for your quick response and resolving my query.

I have used the "new" keyword on my upgrades but I am wondering why this isn't documented in any of the online documents showing the steps to upgrade the image.  All the example show without using "new".   Is there some benefit in not using "new" and getting a combined packages.conf file?

Not using the word "new" will create a combined image file that you can then reduce the size of using the "software clean" command.  The only advantage to doing this instead of using "new" and creating multiple image files, is for reduced flash memory usage.  You can free up room if needed with the software cleaning.  However, you will lose the old code and cannot use the rollback function to the previous code if there is a bug or issues arise with the new code.  Using the "new" command keeps them separate and allows you to rollback to the older code if the new code isn't working correctly with your applications.

hi!! thanks you for your information..!!

but i have a problem..

you might say Note:  If the 'software clean' command is used, future attempts to do a software rollback are likely to fail

yes, i agree!! so if i want to use software rollback command after use 'sosftware clean' command, how do i do??

you cant use "rollback" if you already used "clean". you would have to downgrade using normal procedure.

I recently upgraded all my 3850's in a stack to the latest cat3k_caa-universalk9.16.01.02.SPA.bin software. All the switch's are in bundle mode and I am unable to change the mode to Install mode. I have an "error" saying that " %PLATFORM-4-ELEMENT_WARNING:Switch 1 R0/0: smand: 1/RP/0: Committed Memory value 96% exceeds warning level 95% "  Which files can be deleted after the upgrade to the new software? Thank you.. 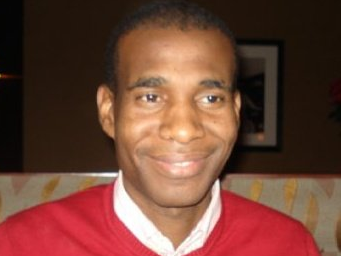 Are you still having this issue?  I'm running that same code version, but in INSTALL mode, and my committed memory keeps creeping up above that 95% threshold.  Just wondering if you found a solution.

are you all seeing this issue when in Install mode? This occurs if you boot the switch using Bundle mode.

I was initially seeing the behavior while running 16.1.1 BUNDLE mode.  I upgrade to 16.1.2 INSTALL mode and the behavior continued.  Cisco has opened up the following bug for it on my TAC case: CSCuz39079

My case is still open but I've recently rolled half my switches back to 03.07.03E.  I haven't noticed a problem yet, but if I'm not mistaken the memory architecture is different on that code train.

I tried to recreate the issue on 16.2.1 INSTALL mode but my lab switched needed to be deployed and I didn't have time to see if the memory grew over 95%.

One thing I noticed - while the committed memory would slowly grew (show platform software status control-processor brief), only the backup switch would ultimately get up over 95%.  Just a warning - at about 103% committed memory my switch crashed.  It happened in the middle of the night so I don't exactly know the impact, but I believe it caused a full reboot.

CSCuz39079 is related to memory leak. the actual issue with Bundle mode is, it consumes more memory due to new feature.

if you run the switch in Install mode, the first issue shouldnt be there.

I can assure you I was seeing the same issue in both INSTALL and BUNDLE mode.

Latest Contents
CISCO 3650 dot1x radius freeradius configuration port
Created by johnblack2045 on 08-14-2020 10:37 AM
1
0
1
0
helloi would like you help to understand how should i configure my switch  3650 and understand -i have a freeradius that can assign a single vlan 2  -my switch configuration :vtp mode transparentvlan 400name LAN_RHvlan 401name LAN_DEVv... view more
Split Tunneling in ISR 1111
Created by shafi0211 on 08-14-2020 10:13 AM
4
0
4
0
Hello ,I have ISR installed at the site with the below config. How best can I do split tunneling on this ? Right now, it is full tunnel and all traffic is going via tunnel .  Current configuration : 14578 bytes!! Last configuration change at 18:... view more
Cisco Packet Tracer problem
Created by electromechwork76909 on 08-14-2020 08:59 AM
2
0
2
0
Good day all, I a, presently working on packet tracer 7.3.1.0632 from the task given on Netacad assignment. Unfortunately my CO Server tower doesn't have some features, Example. No "Desktop, Attributes, Software/Service"  on its properties. Just... view more
VRF Tunnels limitation on ASR920 4SZ-A
Created by renatomaia on 08-14-2020 08:00 AM
0
0
0
0
We have a project for a client, where it interconnects 2 concentrators with ASR1001, plus 16 branches with ASR920 4SZ-A, all units are inside a vrf in Algar's MPLS network and Tunnels were created to separate the traffic from these clients, however we nee... view more
Cisco G819 Router - Configuration for Internet connection
Created by beta_admin66 on 08-14-2020 06:43 AM
0
0
0
0
Hello together,I have a Cisco 819G Router 4G LTE, I want configure an internet connection. What points do I have to configure? What do I have to enter here? lock or unlock?cellular unit lte sim { lock | unlock ... view more
CreatePlease login to create content
Discussion
Blog
Document
Project
Video
Related Content
Discussions
Blogs
Events
Videos
Projects
Content for Community-Ad