Tool to assist in Packet Capture and Analysis


Many times a packet capture needs to be performed within the network to diagnose network issues.  Luckily there are a couple of platforms (IOS, IOS-XE and ASA) that allow packet captures to be taken on the network devices themselves.  However extracting the packet capture from those devices can be an onerous task requiring installation of software, multiple copy operations before the capture can be opened and analyzed.  With the iterative nature of troubleshooting multiple capture are often needed forcing the admin to repeat the multiple operations just to get to the packet capture. 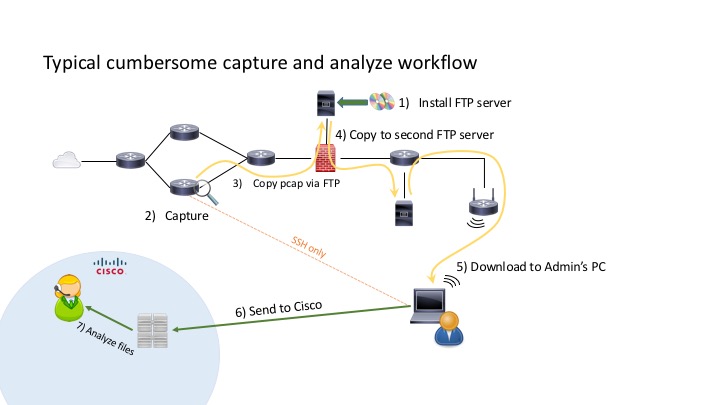 The tool is available here:
https://cway.cisco.com/tools/CaptureGenAndAnalyse/

Step 1) The tool guide you to collect the capture

Step 2) The tool decodes the output and presents you with a binary copy of the capture and a basic decoding. 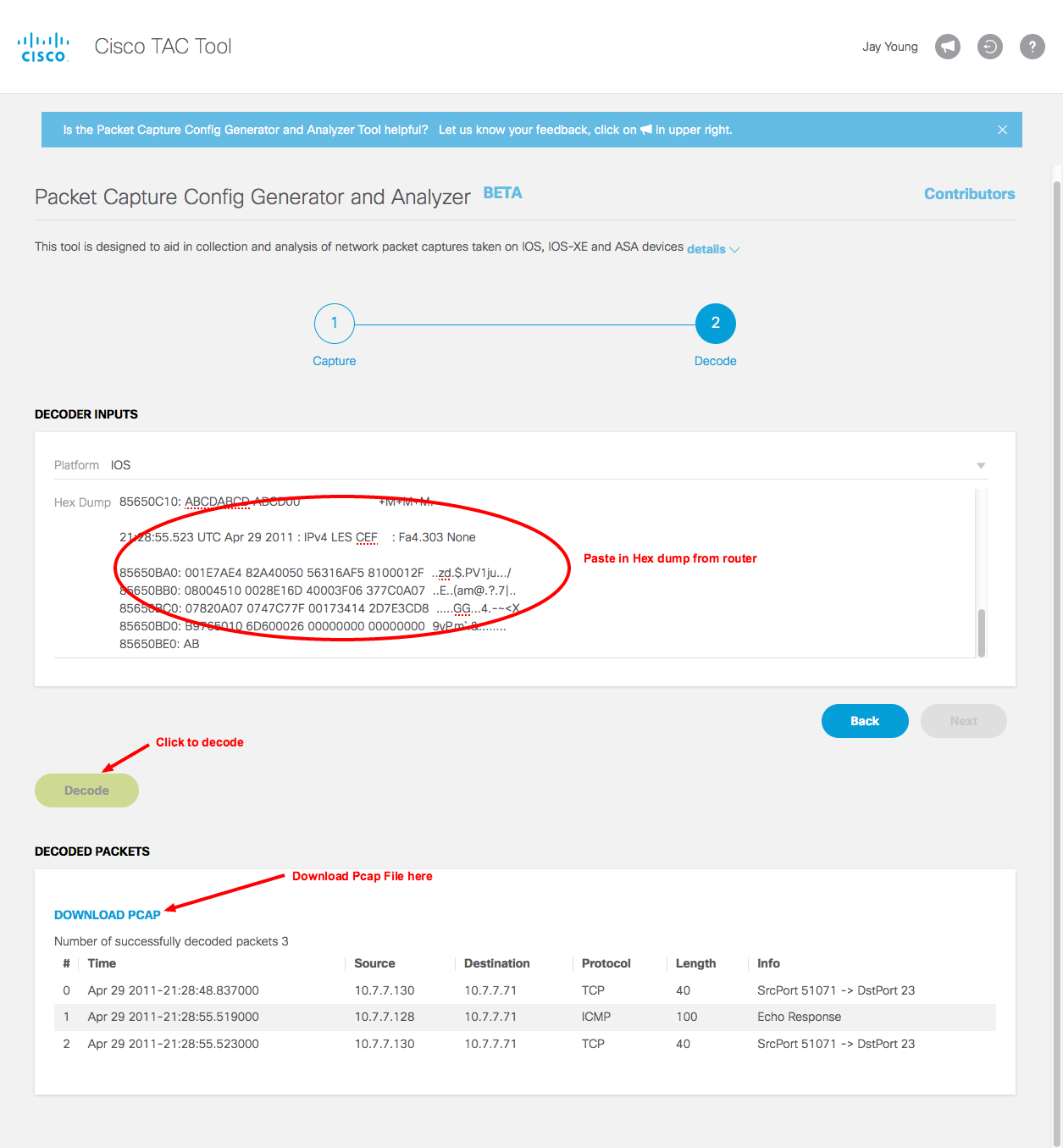 5 Helpful
Share
Latest Contents
9500 stackting and PnP
Created by Hisoma Sama on 03-08-2021 11:21 PM
0
0
0
0
Hi I am trying to implement 3 layer hierarchy using DNA automation and PnP (zero-touch prov) only with OSPF as routing protocol Q1: can that be done straight forward. Q2: for distribution layer will be stacking of 2 C9500 switches and as i ... view more
How to give prefix wise traffic in Tunnel using community ta...
Created by muntasirkhan022 on 03-08-2021 09:04 PM
0
0
0
0
what is the operating system of prime infrastructure 3.8
Created by clynefury on 03-08-2021 08:44 PM
1
0
1
0
Hello friends,Want to know what is the operating system of prime infrastructure 3.8?Is it RHEL 7? Hoping for your reply. Thank you so much!
C9300-48P-A %FMANRP-3-PEER_IPC_STUCK error and switch restar...
Created by david_casey on 03-08-2021 07:15 PM
1
5
1
5
Good evening, everyone!  I have a stack of 3 Cisco C9300-48P-A switches which has been seeing a strange problem since early this morning.  Every so often, switch #3 is the stack will simply reboot itself.  These are the log message we are s... view more
Cisco 9500 Boot error
Created by Jemski on 03-08-2021 05:20 PM
1
0
1
0
Hi all, Can anyone help me on this error. I have Cisco 9500 16x switch.During boot up. it shows this bellow error. %Error% - Didn't find the Management  Port Controller%Warning% - Failed to detect critical PCI devices.%Error% - Failed to ge... view more
CreatePlease login to create content
Discussion
Blog
Document
Project Story
Video
Related Content
Discussions
Blogs
Events
Videos
Project Gallery
Content for Community-Ad