What is the most unusual question asked of Cisco TAC engineers?

We asked Cisco TAC engineers to share the most unusual question asked of them.  Of all the questions collected, one question stood out far above the rest.

Believe it or not, it's "Will you marry me?"  One of our TAC engineers received a marriage proposal from a customer they’d never met, while they were trying to close a case over the phone.

While it’s good to care about your customers, sometimes a line must be drawn!

Now it’s YOUR turn. Have you had a funny experience when working with Cisco TAC engineers?  Send in your story to techsupportnews@cisco.com. You might see your story featured in an upcoming issue.

Not really a question, just a funny statement that happened to me long ago.

I was working at Cisco TAC and had a P1 (which is a network down situation), so you have can't hang up the phone with the customer till the problem is fixed.

While doing troubleshooting, the customer had to leave the phone and go to the lab to do a physical change.

After about 15 minutes waiting for the customer on the line with no response, I decided to give him about 15 more minutes. Since nothing happened, I send him an email and try to call every possible number at his office.

Since there was no way to contact him, I decided to lower the severity to a P3 and go home.

The next day, I received and email from him saying that when he was in the lab, somehow the door closed and he had to spent the night there since there was no way to open it from the inside and he was alone with no phone or means to communicate!

I don't want to imagine what was that like, but we continued working on the case after that the next day.

Could happen to anyone I guess :-) 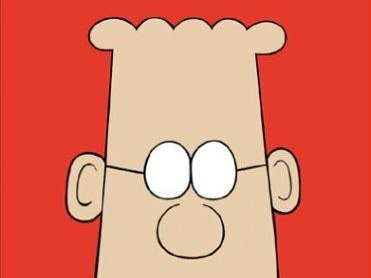 he could just unplugg all the servers... that ways he will sure get out.. getting fired is better than "freezing to death"..

Latest Contents
vlan unable to obtain ip address
Created by seegools51850 on 04-15-2021 05:51 PM
0
0
0
0
hey guys I am having issues to obtain the IP address, the DHCP has been set up on the router without the use of the DHCP server, in total i have 5 VLAN which they been set up with the VTP domain, I attached the subnetting for each departments the com... view more
Cisco switch compatibility with other Brand industrial switc...
Created by HARITH.ALATTABI on 04-15-2021 05:20 PM
0
0
0
0
Dear expertsGood day and I hope you are doing wellWe have some industrial cisco switches for CCTV connections for some reason we need to replace with switches for other brand,We will use 4-Port Ethernet and 2-Port SFP to complete the ring topologyOur conc... view more
Adding a 3750X switch to an existing network with 3550 switc...
Created by MikeC06933 on 04-15-2021 01:37 PM
0
5
0
5
Hi - Have an odd problem I can't get to the bottom of. I have an existing network with a couple of WS-C3550-12T switches on it that link two buildings via fiber. These have been working fine for years without any problems. They are running ... view more
asa 5525 management port
Created by zelnor on 04-15-2021 01:02 PM
0
0
0
0
Is there away to be able to ssh into the Management port and access the CLI, or is this port reserved only for HTTP and ASDM?
Upgrading pair C6807-XL, SUP 6T to 15.5.1-SY6
Created by Jo49201 on 04-15-2021 12:44 PM
1
5
1
5
Hello we will be upgrading a pair of C6807-XL,  for a client.We will go for the ''Fast Software Upgrades'' since it's the safest upgrade and the VSS is not is full production so we can have small down time.Upgrading from 15.5.1-SY5 to 15.5.... view more
Create ContentLogin to create content
Question or Discussion
Blog
Document
Project Story
Video
Related Content
Discussions
Blogs
Events
Videos
Project Gallery
Content for Community-Ad