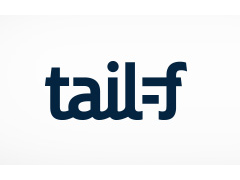 The release is available from the Software Jive Sub-space if you are an NSO ATP partner.

Customers are recommended to upgrade to the latest NSO release at least annually, in order to take advantage of the latest features, and to remain on a supported version, as well as benefiting from the latest security updates.

Web Server: Cipher suites using RC4 are no longer supported for the

SSL/TLS server, since this algorithm is not considered secure.

- ncs: The Nano Services experimental feature have been introduced as a

See the Nano Services chapter in the Development Guide for more

- ncs: The speed of the sync-from operation for CLI NEDs has been

improved. Improvements are mainly for large configurations and has been

but the improvement varies greatly between different NEDs and

- ncs: It is now possible to write directly into target transaction in

CLI NED's show() callback in addition to returning the commands via

worker.showCliResponse() call. The transaction ID can be accessed with

- ncs: When committing through the commit-queue on the top-node in a LSA

cluster, this will now propagate to commit-queue commits on the

- ncs: A new device is now copied to the snapshot database when

parts of the device's configuration by pulling from the network.

- CLI: The yang extension tailf:default-ref has been ported to NSO. It is

currently limited to relative paths and absolute paths will be ignored.

- CLI: The southbound interfaces of the CLI are now started already in

phase1. The northbound interfaces start in phase2 as before.

- CLI: Increased performance during user interaction with the CLI.

- Python API: Removed the undocumented limitation of only supporting

implementation of validation callbacks in one Daemon per Python VM

- Smart Licensing: An internal notification kicker that keeps track of

licensing entitlements sent from sub components, such as ESC, was

added. NSO aggregates the licensing entitlements and reports to the

they were deleted as a result of parent node deletion. Deleting the

is now consistent; regardless of why the node is deleted, set-hooks are

- ncs: Trying to create a mandatory empty leaf with

tailf:cli-hide-in-submode would result in an error. This has been

- ncs: If a data model had a symlink to a node that was augmented by

another model, the augmented nodes would in some cases not appear under

the symlink.  This bug has been fixed.

- ncs: An un-escaped caret (`^`) was incorrectly treated as negation in a

regular expression "character group" also when it was not the first

character in the group. This has been fixed.

- ncs: Previously NSO would get an internal error when trying to display

- ncs: If an rpc or action was implemented via tailf:exec, and the input

had a leaf augmented from another module into a 'choice', followed by

non-augmented nodes, the invocation of the executable would fail. This

- ncs: When redeploying a package the Python code (if any) contained in

that package was not updated. This has been fixed.

- ncs: When applying a 'device template', i.e the apply-template action

on a device, from a service, the backpointers and ref-counters was not

updated properly. This has been fixed.

- ncs: Previously paths passed to the showPartial call in the CLI NED

ignored leafs with hide-in-submode annotation. This has now been fixed.

- ncs: If a YANG union (other than inet:ip-address) had both

IPv6 addresses would be displayed with uppercase A-F instead of a-f.

This has been fixed.

- ncs: Previously commit queue blocked alarm was not cleared when a

device reconnected or failed to reconnect. This has now been fixed.

- ncs: Previously NSO could not read leaf-lists correctly in NETCONF

notifications. This has now been fixed.

get-trans-id on the NED. This has been fixed.

- C-API: String <-> value conversion for the type inet:ipv6-prefix could

a multiple of 4. This has been fixed.

- CLI: There is inconsistent behavior when it comes to the tailf:info

'n' in different possible completions in the CLI output. This has now

been fixed by rendering them all to '\n'. So in order to display one

backslash character in the tailf:info output, it needs to define either

string) for the tailf:info in the yang file.

to one of the keys, would in some cases not be reflected when

outformat native'). This has been fixed.

This has now been fixed.

- CLI: When NSO sync-from a NED device which has unmodeled config that

CLI fails to parse, the resulting syntax error entries are shown as

- CLI: Validation of leaf_list data nodes in the CLI has been added when

- CLI: Backslash character is always ignored in tailf:info output. This

has now been fixed. So in order to display one backslash character in

tailf:info in the yang file.

- CLI: The combination of using the extensions

functionality of tailf:cli-incomplete-no extension. This has now been

abnormally. This has now been fixed.

- JSON-RPC: The method 'get_schema' couldn't handle a node with multiple

when statements (through tailf:annotate). This has been fixed.

- NETCONF: A leaf of type empty augmented from another module into the

'input' of an rpc caused a northbound NETCONF session to terminate, and

container (i.e. with begin/end tags). These bugs have been fixed.

- NETCONF: Invocation of an rpc or action where 'input' had a 'choice'

child, and the first 'case' of that 'choice' was another 'choice',

caused a northbound NETCONF session to terminate. This has been fixed.

- Python API: The implementation of events.NOTIF_COMMIT_DIFF was broken.

transaction. This has been fixed.

- Python API: When an action- or service-callback timed out the

was to reload the affected package. This has been fixed, so now the

in Python didn't work. This has been fixed.

- Python API: When a python service is changed or re-deployed the back

pointer and reference counter was lost. This has now been corrected.

To correct this for already instantiated python services do:

updated by importing the tailf-common module:

and add the tailf:cli-allow-range annotation to the key leaf node of

- Python API: Some of Maagic's components failed to check for an existing

MAAPI backend when used as input and output parameters for an Action.

In some cases this lead to a raised Exception. This has been fixed.

with "AttributeError: module '_ncs' has no attribute

"internal_connect". This has been fixed.

five seconds anymore, instead it adheres to the default timeout of 600

working. This has been fixed.

- RESTCONF: If an action error response is customized by using

confd_action_seterr_extended(), the error is now propagated by

RESTCONF. Previously RESTCONF always responded with a HTTP 400 and

- RESTCONF: In some cases RESTCONF erroneously used the mediatypes

text/xml and text/json. They have been replaced with the correct

- Smart Licensing: When a 'packages reload' was issued, smart licensing

failed to report NED packages correctly. This has been fixed.

the effective snmp-mib-module-name of any augment node was

unconditionally inherited from the augment target node. This lead to

MIB modules with no objects corresponding to the augment nodes, if the

resulting fxs file was used with ncsc --emit-mib. This has been fixed,

doesn't have a snmp-mib-module-name statement.

- Toolchain: When there was a chain of identities defined in a YANG

module like a <- b <- c, the ncsc would sometimes not accept all

derived identities in the "default" statement.  This bug has been

- Web UI: List of supported browser now only exists in the installation

evaluated on service node in cluster. This has been fixed.

- ncs: When using 'commit no-overwrite' to commit a transaction towards a

NETCONF device (or an lsa node), and that transaction contained changes

trying to commit. This has been fixed.

to master. This has been fixed.

- CLI: Un-deploying a service would in some cases cause the CLI to hang until

host ran out of memory. This has been fixed.

- ncs: Previously un-deploy dry-run did not actually show what the un-deploy

action would do but rather like 'get-modifications reverse'. This has now

0 Helpful
Share
Latest Contents
Getting Devices List via Restconf
Created by equinix on 07-06-2022 09:59 AM
4
0
4
0
Hi everyone, We're trying to retrieve the devices list and basic information via RESTCONF. We are looking to get the same information we get when we do "show devices list" and/or "show devices device platform" on the CLI. We attempted to use the... view more
How to Configure Southbound Locked Devices
Created by crench92 on 07-05-2022 05:40 PM
3
0
3
0
So if I have a set of southbound-locked devices in the CDB, how can I use them when testing service configuration?  Currently, I get an error indicating: "Python cb_create error. item does not exist (1): N... view more
The "directly-modified" show in the RESTCONF configration da...
Created by Chu Liang on 07-04-2022 07:38 PM
2
0
2
0
GET http://127.0.0.1:8080/restconf/data/l2vpn-svc:;2vpm-svc/l2vpn-svc=poc01 I can see the operational data "modified" and "directly-modified" is shown in the output.   { "l2vpn-svc:l2vpn-svc": [ { "vpn-id": "poc01", ... view more
NSO Devtools xpath eval expression doesn't work in YANG?
Created by u.avsec on 06-29-2022 12:30 PM
2
0
2
0
HiDevtools have an xpath eval option where xpath expressions can be tested. Really useful, but where those expressions actually work? In XML templates? They seem to not work in YANG as leafrefs or tailf:default-ref. This is my situation:admin@ncs(con... view more
Migrating resource-manager data in an easy way?
Created by u.avsec on 06-27-2022 03:52 AM
2
0
2
0
Hi.We have a resource-manager on server A with bunch of id-pools and allocations. We are looking how to clone that into server B. For example, ncs_load fails:ncs_load: 642: maapi_load_config(sock, tid, flags, abspath(argv[0])) failed: external error (19):... view more
Ask a Question
Create
+ Discussion
+ Blog
+ Document
+ Video
+ Project Story
Find more resources
Discussions
Blogs
Events
Videos
Project Gallery
New Community Member Guide
Related support document topics