Cisco Community
English
Register
Login
COMMUNITY HELPING COMMUNITY - With your Community actions and contributions, we will donate up to $10,000 to UNICEF by end of January- PARTICIPATE
RegisterLogin
Options
Turn on suggestions
Auto-suggest helps you quickly narrow down your search results by suggesting possible matches as you type.
Showing results for
Search instead for
Did you mean:
568
Views
2
Helpful
0
Replies
Highlighted 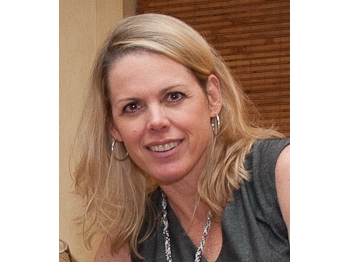 New Cloud Unfiltered Episode! What does Cisco CloudCenter do?

OK, maybe not. If you follow technology news, you probably heard a lot about CliQr a few years ago. It was a hot cloud management startup. You also probably heard that Cisco acquired it back in April of 2016. But you probably didn’t hear much after that. (Or maybe you did and you just didn’t know it because we renamed it CloudCenter, and let’s face it—that could mean almost anything.)

Maybe you wondered what happened to CliQr. Maybe you didn’t. Either way, in this episode we’re going to find out what has happened with CliQr (now CloudCenter) since the acquisition. Specifically, guests Kurt Milne and Zach Kielich explain what exactly CloudCenter does, why people love it so much (I swear, it’s the thing I’m asked about most whenever I’m at a trade show and mention that I’m with the Cisco cloud team), and what the roadmap for the product looks like for the future. In addition to that, they get into:

See the video podcast on our YouTube page, or listen to the audio version on iTunes. And if you like what you hear, we invite you to subscribe to our channel so you don’t miss any of the other exciting podcasts we have scheduled over the next several months.

Labels:
I have this problem too
2 Helpful
Reply
0 REPLIES 0

Latest Contents
Attach Leaf interface to EPG on Cisco ACI with Terraform
Created by GreenvilleMartin47450 on 10-24-2020 03:22 AM
0
0
0
0
I'm trying to create an EPG on Cisco ACI using Terraform. EPG is created but Leaf's interface isn't attached. The terraform synthax to attach Leaf interface is :resource "aci_application_epg" "VLAN-616-EPG" { ... relation_fv_rs_path_att = ["t... view more
How to perform traffic filtering and forwarding on a Cisco r...
Created by BengtsonStewart08539 on 10-16-2020 11:51 PM
2
0
2
0
I have a border router R1. I wish to forward all incoming traffic coming from AS 200 via interface f0/0 for destination x.y.z.w to border router R2 with ip address a.b.c.d. However, if the incoming traffic for destination x.y.z.w comes from within the AS ... view more
DNA Center pnp onboarding API question
Created by yixiu0317 on 08-17-2020 06:39 PM
0
0
0
0
I try to test pnp-onboarding function in DNA center using api, but confused with some terminology.As the DNA center always on sandbox is using api version 1.3.1, I think the on-boarding template should be associated with network profile and apply the netw... view more
How AI is Transforming Cloud Computing
Created by vitaatozee70830 on 06-10-2020 02:54 AM
0
0
0
0
Because of the rise in ransomware threats many enterprise software solutions like StoneFly's SCVM prevent the threat based on machine learning AI algorithms.Similarly, Nutanix AOS also has machine learning algorithms that automatically optimize your infra... view more
Join us for AppDynamics Transform 2020!
Created by Kelli Glass on 02-11-2020 04:19 PM
0
0
0
0
AppDynamics Transform 2020 is a one-day virtual and live event that brings together technologists and thought leaders from disruptive companies at the intersection of application performance monitoring (APM), AI, cloud, and machine learning.  No mat... view more
CreatePlease login to create content
Discussion
Blog
Document
Project
Related Content
Discussions
Blogs
Documents
Projects
Content for Community-Ad