Turn on suggestions
Auto-suggest helps you quickly narrow down your search results by suggesting possible matches as you type.
Showing results for
Search instead for
Did you mean:
Start a conversation
Options
262
Views
10
Helpful
6
Replies

Just a quick heads up regarding the written lab.

If you're "on the fence" about whether you are ready to take the written, you might strongly consider getting it done prior to when the Beta becomes the official test.

These things never get easier....

My writtn will expire sometime in February, and there is no way I will be able to attempt the lab by then, does anyone know if I can re-take the written before it expires to renew it for the next 1.5 years? 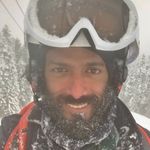 I dont think there is an extension program. Each attempt of CCIE written exam gives you 18 months to pass the lab. So either ways, you get an 18 month extension (indirectly).The only restriction is, that once you pass a written exam, you should not take the same exam with in 180 days.

Hall of Fame Master
In response to thisisshanky
Options

I am thinking of taking the new beta exam after my written expires, as I like the blueprint better than the old one.

Actually, I thought particularly of you when I posted this since you mentioned that your written was expiring soon.

Looks like you can re-take after 180 days, so you should be good. I'm hoping Ben Ng or someone from the CCIE Program is watching and can shed some certainty...

I had thought I remembered that back in 2001 when I passed R&S, that one's first attempt at the lab had to occur within 12 months of passing the written, and having met that requirement, you had 3 years to pass the lab before the written expired.

I'm hoping Ben Ng or someone from the CCIE Program is watching and can shed some certainty... 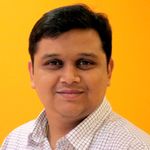 you can take the written test any tine after the 6 months of the first attempt, irrespective of your result.

Enthusiast
In response to abhishekkatta
Options

Agreed, but does re-passing the written test after 6 months also restart the 18 month lab attempt timer as well?

So if Chris retakes his written now, does he get a new 18 month period in which to take the lab?

If so, where is this documented?