This is a bit of a strange setup, so I'll try and explain it as best I can:

Since we've not completely rolled out the Cisco setup yet (and won't for some time) we have some call forwarded extensions from the Avaya PBX to extensions on the Cisco IP phones.

What we are seeing is an apparent loop - when an IP phone calls the forwarded number, it's going to the Avaya PBX, sent back to the CallManager and then fills up the rest of the trunk. The problem is not that the call is not going through (it does go through), but that it ties up all the channels on the trunk for anywhere from 5 to 20 seconds, and calls are unable to get through.

I am not sure where to start on this - I have run the debug isdn q931 command on the gateway router, the output of which I will attach here (with the phone numbers changed for privacy reasons), but I am unable to determine from that debug where the issue actually is.

With the attached files, I setup extension 5338 on the Avaya side to call forward to 9025. The calling number is extension 9024.

Any help is appreciated!

I'm posting this here first as I'm fed up with Cisco TAC - on another issue I've asked them about, they've taken over a month to look at and have made no progress thus far. I am hoping that changes soon.

Labels:
Preview file
52 KB
I have this problem too
0 Helpful
Reply
2 REPLIES 2 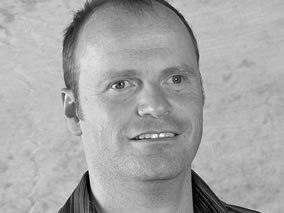 Beginner
In response to STEFAN CHRISTEN

Yes, I can call the extensions directly from either the IP phone or the Avaya. What ties the trunk up, it seems to me anyway, is when an IP phone is calling the number on the Avaya side that is call forwarded to an IP phone extension on the CallManager.

I know I can get around this by assigning the second line on the IP phone with the number that is call forwarded to the number they are on, however, I am concerned that as we grow that more call forwarding could be used and cause more headaches down the road.

Like I said, it's an odd setup. I am doing some more looking into this as this is all relatively new for me, however, looking at the way the CallManager is setup, it's got an h.323 trunk to the gateway router, and the router has a T1 to the Avaya.