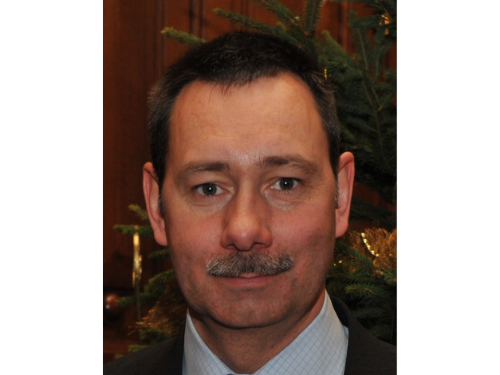 Problem with networking unity between two exchange 2000 servers (servers are in seperate domains). When we install the voice connector onto the exchange server the installation reports no problems and completes ok. When the server is restarted the event viewer indicates the voice connecter has failed "unable to load in a timely fashion". The exchange server is not located on the unity box.

SMTP connector seems to be working ok, as emails are delivered between the two servers.

You say the servers are in different domains, but since you're installing the voice connector to message between the two I assume they're also in separate forests(i.e. they don't share the same AD), true?

Does the voice connector only fail to start in a timely fashion on a server reboot, or does the same thing happen when you try to start it manually via the services control panel after all the other services have started? Are all of the Exchange services starting properly? If the MSExchange Store or MTA service aren't running/starting the voice connector will not be able to start either.

Create a file in \winnt\system32 named 'gwivc.log'. Then (attempt to) restart the voice connector via the services conrol panel. If it fails to start, look in gwivc.log and see if there's a message indicating why.

SMTP networking (i.e. using the voice connector to exchange messages between Unity servers that live in separate ADs) was significantly changed during 3.1(x). There is a hot-fix voice connector that you should get your hands on. Please call TAC and inquire about the 3.1(5) hot fix for SMTP networking. The startup problems you're seeing are most likely not related, but you'll want the hot fix if your implementing Cisco Unity SMTP Networking in 3.1(5).

Beginner
In response to joconnors

I have a similar problem. I have a Unity Voicemail server, Unity Bridge server, and Exchange 2000 SP3 server. I have the Unity 3.1(5) CDs. I installed the Voice Connector on the Exchange server and it seemed to install fine, but after rebooting the service would not start. The Event Viewer messages were:

-The Exchange 2000 Voice Connector service failed to start due to the following error:

The service did not respond to the start or control request in a timely fashion.

The gwivc.log file is empty. I called TAC but they couldn't seem to find the 3.1(5) hot fix?

Beginner
In response to craig.wong

You don't need the 3.1(5) hot fix unless you're using the voice connector for SMTP networking between Unity servers in separate directories (forests).

Have you verified that all of the Exchange services (information store, message transport, etc.) and the SMTP service are running?

The gwivc.log being empty is usually an indication that there's a service dependency problem, i.e. one of the services it depends on is not runnning.

Latest Contents
UCCE Solution Troubleshooting Based on Comprehensive Call Fl...
Created by ciscomoderator on 10-20-2020 03:57 PM
0
0
0
0
[ The link to the discussion will be published on October 22nd ] This topic is a chance to clarify your questions about the implementation, best practices and support of Customer Voice Portal (CVP) and IP Interactive Voice Response (IP IVR) deploymen... view more
CUCM 12.5
Created by SMW on 10-19-2020 02:06 PM
4
0
4
0
Hi, we would like to use an Cisco Business Edition 6000 and we have all licenses. Do I need a special router to add the sip trunk from my ISP or can I add it directly to CUCM ? BR Sebastian
Deployment Guide for Cisco Webex Hybrid Message Service and ...
Created by msimrin on 10-18-2020 09:00 AM
0
0
0
0
I have questions from the above  guides:   A company currently has two different UC environments.  One in the US and one in the UK.  The US UC environment has (3) CUCM servers (Publisher and 2 subscribers), (2) IMP servers (P... view more
What is IP Telephony?
Created by BrittanyWell on 10-14-2020 10:07 PM
1
0
1
0
IP telephony   (Internet Protocol telephony) is a term used to describe technologies that use a variety of protocols to exchange voice, fax, and other forms of information, traditionally carried over the Public Switched Telephone Netwo... view more
CUCM Upgrading Device Load (Phone Firmware) on TFTP Nodes On...
Created by L.K. on 10-14-2020 05:45 AM
0
10
0
10
SymptomsCUCM Cluster with either:Dedicated TFTP nodes (TFTP1 & TFTP2, Primary & Secondary)Only certain nodes within cluster running TFTP services.Requirements to upgrade specific device phone models with new firmware load version.DiagnosisLimit lo... view more
CreatePlease login to create content
Discussion
Blog
Document
Project
Video
Related Content
Discussions
Blogs
Documents
Events
Videos
Projects
Content for Community-Ad