Cisco Community present at Cisco Live EMEA 2023. See you in Amsterdam! Learn more.
Turn on suggestions
Auto-suggest helps you quickly narrow down your search results by suggesting possible matches as you type.
Showing results for
Search instead for
Did you mean:
Start a conversation
Options
2856
Views
0
Helpful
6
Replies 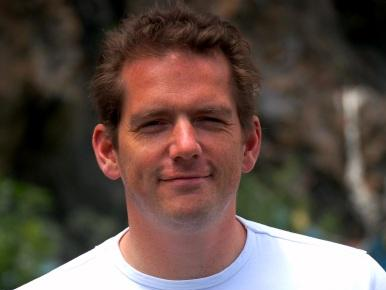 I have a few questions about "Figure 6-1     Enhanced vPC Topology" when upgrading the N5K with the DH FEX Configuration.

1. Is there any actual downtime for the host at the bottom ?

2. When upgrading the Nexus 5K, at which point will which FEX reload ?

All the help is appreciated ;-)

Errrr ... This kind of design is not recommended.

It is recommended that your FEX be homed to ONE Nexus 7K/5K.  You can have multiple uplinks to a single Nexus 7K/5K.

The question is about first, supported configuration.....

1. There should not be any downtime for the host.

2. If its non-disrputive ISSU (rolling upgrade) the FEX is not going to reboot.

Ok but at what time will the FEX reboot. The OS will be different between FEX and N5K...

The FEX does not reload , it will be upgraded without a reload. Please look at the following link:

Impact of Upgrades and Downgrades

Cisco NX-OS supports in-service software upgrades (ISSUs) that allow a Cisco Nexus device and any connected FEXs to be upgraded without any traffic disruption (with a brief control plane disruption). A few conditions have to be met for the system to be upgraded via ISSU process - the access layer topology should be ISSU compliant, the current and target versions should be ISSU capable and the network should be stable.

If the conditions required for ISSU are not met or if the user intends to downgrade the software version, the installation process is disruptive. For example the Cisco Nexus device and any connected FEX are rebooted, which causes a disruption. If Cisco's virtual port channel (vPC) is configured on Cisco Nexus devices, it is possible to achieve an upgrade/downgrade with very minimal traffic disruption to servers/hosts.

Cisco Nexus Fabric Extenders act as line cards to Cisco Nexus devices. The fabric extenders add flexibility to datacenter networking infrastructure by decoupling the physical and logical (Layer 2) topology, reducing the operation expense by lowering management and troubleshooting points, and building a larger layer 2 fabric that is loop-free, with a single layer of switching.

The ISSU process initiated on the Cisco Nexus devices upgrades the entire access layer including the switch and the FEXs that are connected to the switch.

The time required for an ISSU to complete depends on the number of FEX's that are connected. You should plan a maintenance window with the total upgrade time in mind. The entire upgrade is non-disruptive and is not expected to cause any outage to connected servers.

According to the Cisco site, the upgrade of a Dual-Homed FEX Access Layer is disruptive to the hosts connected to a single FEX & needs a special procedure reloading the FEX manually :

it seems disapoiting, as Enhanced vPC is supposed to add redundancy but it makes ISSU disruptive... while it is not when not using Enhanced vPC (figure 16 above is said non disruptive)