Cisco Community
English
Register
Login
Thank you for your support! We're happy to announce that we met our goal for the Community Helping Community campaign! LEARN MORE
RegisterLogin
Options
Turn on suggestions
Auto-suggest helps you quickly narrow down your search results by suggesting possible matches as you type.
Showing results for
Search instead for
Did you mean:
4170
Views
35
Helpful
16
Replies

Welcome to the Cisco Support Community Ask the Expert conversation. This is an opportunity to ask Cisco expert Eric Yu questions about Cisco Medianet solution and architecture. This is a continuation of the live webcast.

Eric Yu is a customer support engineer at Cisco responsible for supporting video performance on Cisco Borderless Network solutions. He has 10 years of experience in the telecommunications industry designing data and voice networks. Previous to his current role, he worked as a network consulting engineer for Cisco Advanced Services, responsible for designing and implementing Cisco Unified Communications for Fortune 500 enterprises. Eric holds CCIE certification 14590 on routing and switching.

Remember to use the rating system to let Eric know if you have received an adequate response.

Eric might not be able to answer each question due to the volume expected during this event. Remember that you can continue the conversation on the Network Infrastructure sub-community discussion forum shortly after the event. This event lasts through August 31, 2012. Visit this forum often to view responses to your questions and the questions of other community members.

Great session today. Here are a couple of questions that the audience asked during your live event:

1) From Nir Wittenberg: In what version of the IOS was medianet introduced?

2) From Michael Thompson: Can you leave mediatrace respnder on across the network without CPU/ Proc impact, and simply "trigger" its use by doing a mediatrace initiation?

We will be posting other question from the event.

Beginner
In response to ciscomoderator

Thank you for the interest in Medianet Video Monitoring and Media awareness. There were alot of great questions from the members of the audience and unfortunately there was not enough time to answer all of those questions. Hopefully, this forum can be used to follow up on any remaining questions.

As a follow up to question 1: Cisco Medianet features are being released in different phases. The autosmart port features on Catalyst 3K was released with 12.2(55)SE. Subsequent medianet features were introduced in 15.1(3)T.

In this URL below, you will find the Medianet data sheet listing all the hardware and software requirements for implementing the medianet.

In reponse to question 2: Mediatrace responder can be turned-on across the network without impacting overall system utilization. As a design consideration to prevent any 'unspecified' mediatrace queries, I would recommend using the "max-sessions" keyword to set an upper limit on the total number of mediatrace queries that the responder and initiator will support.

thanks for answering these questions. Here are a couple more that were not answered during the live event:

Beginner
In response to Eric Yu

1. Can you use this for other apps besides telepresnce e.g voice calls?

2. What are the limitations, i.e. number of flows?  At what point will the amount of data crush the router?

-  Introducing additional applications to any system will increase overall system utilization. As a design consideration to prevent video monitoring features to "crush" the router,  I would highly recommend using the "max-sessions" keyword to define the  upper limit on the total number of sessions the device will measure for performance.

How do I manage a medianet? Do you have tools to help me assess the visibility and help me troubleshoot rich-media applications?

Beginner
In response to Jessica Deaken

There are effectively two prongs to manage the medianet media monitoring and application awareness features. The most obvious method would be thru the use of CLI which implies a sufficient level of access must be granted to the user to authorize show output for analysis. This may not be   ideal if your organizations employs a tier'd support model.

The more palatable method would employ network management system  such as some of options listed here:

If you're interested in using an open source option, you might consider using mediascope which can be found on sourceforge.net

Some of Cisco partners has developed solutions that integrates Medianet features to leverage traffic performance analysis. Among the two solutions that I have tested my in setup includes:

Beginner
In response to Eric Yu

Eric, Thank you for your promt response. Really useful information. 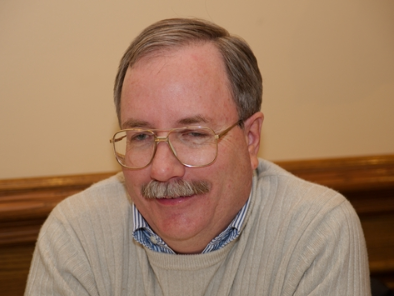 (1) Is support planned for Sup720 (C)? If so, when is it due to be shipping? It would seem  most of the features require code porting more than explicit hardware  support, and many of our Sup720 / 3C customers aren't yet ready to got  Sup2T or Nexus (I expect 6509E w/ Sup720 C in closets to persist for  quite a while, for example).

(2)  I see one partial limitation to the interesting announcements is they require recent hardware and current code. Many   of our customers are still buried in work, and generally behind in  terms  of installing security upgrades or new code. And may take 3+  years to  get to current hardware. Ok, so medianet will work with the  equipment  that supports it, so network core and ISR G2 gets you a pretty good  starting  point -- most sites have gone to ISR G2 or ASR and it's their  closets  that lag equipment-wise.I guess there's not much you/Cisco can do about that.  Any ideas? Obviously medianet is an incentive to upgrade to newer  hardware, but given the cost, it is unlikely to cause that to happen  very much sooner.

(3) Lack of Nexus support  seems only a concern for signaling to and  streaming video sources in  the datacenter. Except what about conference  sessions with an MCU in  the datacenter? Is a Nexus solution / code for medianet coming (I think  that was mentioned as a "yes" but with no indication of how soon.)

(4) NBAR on switches and  scaling always worried me since the PISA chip  (which I viewed as an  order of magnitude too slow at the time, it needed  20 Gbps for 2 x 10  Gbps uplinks, which is what I've been designing for  big closet switches  for quite a while). So I in effect removed NBAR from my mental list of  "useful QoS tools" at that time. (I very much want uniform configuration  across devices, supporting this port or this device type does something  different is unsustainable.) It sounds like medianet uses NetFlow  to  capture  data stats, which means near-wire-rate recognition of packets. So does  medianet provide higher  speed QoS classification now, or should I still be thinking "match  application" = "match protocol" = NBAR = *SLOW* speeds, WAN edge routers  only? Since you support it on Sup2T, I'd hope it can do wire rate --  does it, and if so can you give a vague indication of what makes it so  much faster than historical NBAR? Can  you  confirm / deny my NetFlow theory, and while you're at it, provide info  about any medianet-related caveats (as  in "if you do  THIS, it'll bog things down").

(5) Any other medianet scaling / performance issues or factors to  be aware of? It doesn't do any of us any good to pitch it to a customer  as the greatest thing since canned beer, and then have it fall flat on  its face due to hitting some corner case or walking into a  performance  issue.

(6) Licensing or other costs? The presentation talked about the IOS feature sets required, is that the only costing issue? Well, of course if you want to use Prime, there's purchase cost for that, per-device, licensing, etc. Is there anything else to factor in when explaining costs of deploying medianet to the customer?

Beginner
In response to Peter Welcher

We have just install DMP 4310g in our network and we have broblem with conectivity. We lost the connection after  a while we sent the presentation. Our network is continew working properly and then we have to restart the player to establish the communication again. Have any idea about this issue ?

Beginner
In response to MICHAEL PAPAIKONOMOY

Hopefully the problem you're describing with the DMP is not persistent. Unfortunately, due to this forum I won't be able to provide much detailed troubleshooting support.

I want to encourage you to engage Cisco TAC so that they can  better assist you with resolving the problem you're observing.

Thanks for your previous answer. Really useful.. I would like to know more about MSI. What is it exactly? Can third-party applications use MSI? If so, what do we need to configure and have in mind within the third party application?

Beginner
In response to Jessica Deaken

Media Services  Interface (MSI) is an SDK that allows apps to use medianet services. Craig Sanderson wrote a great blog describing some of the challenges with an end to end  solution where MSI can help resolve.

Although MSI has not been released for 3rd party applications as of yet, there is a pilot program on Cisco Developer Network on MSI that provides a REST-based API to manage endpoints that supporting MSI.

Cisco MSI has been embedded on a handful of Cisco endpoints and applications. More details can be found here.

How do I know what I need to change in my current infrastructure in order to take advantage of Cisco Medianet?

We're considering this solution in our network.

Latest Contents
AppQoE & WAAS FAQ
Created by pkhilola on 01-16-2022 03:56 AM
0
0
0
0
AppQoE:  What is AppQoE? AppQoE is a WAN optimization stack and optimizes WAN traffic for different use cases for applications that are deployed on-prem or in cloud. What are the benefits of using AppQoE? AppQoE improves application experience by d... view more
Cisco Application Quality of Experience (AppQoE) for WAN Opt...
Created by pkhilola on 01-16-2022 03:01 AM
0
0
0
0
The application delivery challenges have been the enemy of network since the advent of Internet. So, what are these application delivery challenges that can bring down a network to its heels? Above are some of the common problems faced not only by tradit... view more
2021 IT Blog Awards announces finalists
Created by Amilee San Juan on 01-10-2022 04:22 PM
0
0
0
0
It is our pleasure to officially announce the finalists in the 2021 IT Blog Awards. Now we are looking to YOU, our amazing tech community, to weigh in. Check out the amazing educational content we've uncovered and vote for your favorites before Friday, Fe... view more
SD-WAN Advanced Deployment version.F 2.1
Created by Mohamed Alhenawy on 01-03-2022 11:04 AM
0
10
0
10
SD-WAN Advanced Deployment    What is SD-WAN? SD-WAN is Software define wide area network and SD-WAN is key part of the technology of software-defined networking . SDN is a centralized approach to network management which abstract... view more
OSPF inter-area loop prevention and discard route issues
Created by meddane on 01-01-2022 12:27 PM
0
0
0
0
Basic configuration of all routers: R1:ipv uni!Interface Ethernet0/0 ipv6 address 21::1/64 ipv6 ospf 1 area 12!interface Serial 1/0 ipv6 address 12::1/64 ipv6 ospf 1 area 0!ipv6 router ospf 1 router-id 0.0.0.1 R2:i... view more
Ask a Question
Create
+ Discussion
+ Blog
+ Document
+ Video
+ Project Story
Find more resources
Discussions
Blogs
Documents
Events
Videos
Project Gallery
New Community Member Guide
Related support document topics