Hey, I heard that IOS 15 is basically 12 with more features. Are all the commands still the same or are there changes in the command structures for certain parts?

Labels:
Everyone's tags (10)
I have this problem too
0 Helpful
Reply
1 ACCEPTED SOLUTION

That is true. Same commands will work

I am talking about the new features only. Just make sure that you practice only commands which is present in 12.4.

Chances are very less of using commands which are not supported in 12.4. Just mentioend that rare risk for you to be aware.

If you just practice only referring 12.4 command line there is no issues

This is a higher version of IOS code. There can be slight change in some command syntax. Otherwise syntax is going to be same like in 12.4.

Ehh I was lookin more towards if "I could use 15.1 IOS to study for the CCIE lab exam"

Ehh I'm kinda confused. Do you know that there's some differences or is that what you think? Somebody told me that IOS 15 and 12 are the same commands its just that 15 has a few new features. Not saying I disagree or anything but I just want accurate information

That is true. Same commands will work

I am talking about the new features only. Just make sure that you practice only commands which is present in 12.4.

Chances are very less of using commands which are not supported in 12.4. Just mentioend that rare risk for you to be aware.

If you just practice only referring 12.4 command line there is no issues

OHH lol I thought you were talkin about old commands too. Thanks for the answers 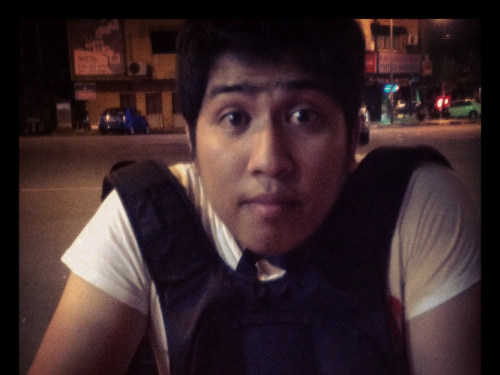 As the other posts have noted, almost always, newer IOS versions support the commands in prior IOS versions.  Very rarely, commands are removed.  A little less than very rarely, commands are renamed.  (Note: often an IOS upgrade will automatically rename such commands.  An IOS downgrade, though, can require manual command re-application of renamed commands.)  Sometimes, and also generally rare, defaults will change for commands.  (I.e. going from one IOS version to another, a command may "appear" or "disappear" from the config.)  Lastly, also and very, very rarely, the same command might work just a little bit differently between IOS versions.

0 Helpful
Reply
Latest Contents
PRTG monitoring - Sensor Syslog receiver not receiving all ...
Created by Barry Landon on 01-24-2020 05:20 AM
2
0
2
0
PRTG system in place running other sensors on the same host, which are working.  Ive added syslog receiver sensor and receiving PRTG data from switch that increases drops, errors and warning stats that disappear after a few minutes.  Within mess... view more
Setting up a GRE tunnel (IP-NAT, GRE AND IPSEC)
Created by Bananaman on 01-23-2020 02:00 PM
0
0
0
0
Hi, here is an example how to configure IP-NAT, GRE, IPSEC. I've seen plenty of questions and this might be a good solution! (Mostly the use of commands that might remind u) IP NAT======================================================================... view more
OSPF "INIT/DROTHER" error
Created by MrMaregaTech on 01-22-2020 04:45 AM
5
0
5
0
Hi everyone.I have a problem in my Network.So i have 3 routers and a firewall in my topology. I have configured OSPF and all routers works expect R3 (see in the image below)When I watch my neignbor in R3 it says :192.168.7.7 1 INIT/DROTHER 00:00:37 10.0.2... view more
How to SDA Host Onboarding with ISE
Created by ldanny on 01-19-2020 04:48 AM
0
10
0
10
Introduction Host Onboarding is the term used when connecting an endpoint (hosts , IOT , Other devices) to the fabric , and can be accomplished in a couple of ways.One option is the "static" approach as oppose to the dynamic and secure approach using&nbs... view more
Cisco ASA failover status, Sensor for PRTG
Created by Oleg Volkov on 01-17-2020 10:10 AM
0
5
0
5
Hello!We update our ASA Failover sensor for PRTG.Improve usability.New manuals.You can read about it in attachment file.Download sensor from: http://www.powerc.ru/download/asafailover.zip
CreatePlease login to create content
Discussion
Blog
Document
Video
Related Content
Discussions
Blogs
Documents
Events
Videos
Content for Community-Ad
FusionCharts will render here