Cisco Community
English
Register
Login
Would you like to learn more about how to determine if you need an RMA? - REGISTER TODAY!
RegisterLogin
Options
Turn on suggestions
Auto-suggest helps you quickly narrow down your search results by suggesting possible matches as you type.
Showing results for
Search instead for
Did you mean:
Announcements
6064
Views
9
Helpful
4
Replies

Duplicate first packet detected! - Any idea what this is?

Anybody heard of this problem? we are doing LAN2LAN connections with 3000 concentrators and have sucessfully got a large number going. But we are plagued by this error. It happens only occasionally. I couldn't find any reference to it all on the Cisco site here.

Sometimes it connects after a period of time othertimes it doesn't connect at all.

Thanks heaps and regards

Also i should mention the events that happen before hand:

I am having a simular problem. I have a single 3015 concentrator and several 3002 hardware clients set up nation wide. I get the error randomly and infrequently on some of the systems, but one in particular seems to get the error more often and for a much longer duration. The only difference in that system and the others, that I currently know about, is that the network it is on will not renew it's DHCP leased IP address. It generaly reports the error and then logs on after 25-40 attempts. Today I changed the IKE sa rule to SHA and it seems that it is taking longer to connect than usual. I hope this helps, and if you find another soulution please tell me. Thanx 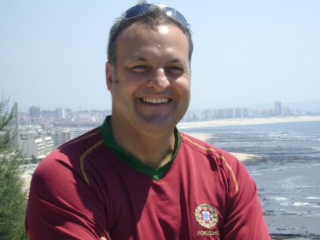 Cisco Employee
In response to Lyle.Cates

It usually occurs when packets timeout or there are routing problems in the network. Essentially the IKE exchange between the peers fails when this happens. In an IKE exchange the following happens:

2) IKE responder sends MSG2 and is expecting MSG3 from initiator

3) IKE initiator sends MSG3 and the negotiation continues......and so on

The IKE responder receives MSG1 ans says " hey, I already got that duplicate packet" and sends MSG2...and the cycle repeats a few more times (3) until the exchange stops..and thus tunnel fails to establish.

Beginner
In response to Nelson Rodrigues

I am Having a Duplicate Phase 1 Packet detected which sounds like this thread, The question is How do you fix it, Are there timing Parameters that can be changed to fix this?