Cisco Community
English
Register
Login
RegisterLogin
Options
Turn on suggestions
Auto-suggest helps you quickly narrow down your search results by suggesting possible matches as you type.
Showing results for
Search instead for
Did you mean:
973
Views
0
Helpful
3
Replies

I'm confused about the traffic policing on service provider edge router. Suppose I have taken internet bandwidth from my ISP and he says that they will give me 100 Mbps bandwidth burstable upto 1Gbps. What does that mean? what is burstable here?

I would appreiciate if anyone from service provider organization, can give a output of their edge router's running config. I just have to understand how the police our traffic. Here I'm talking about the Internet leased lines. 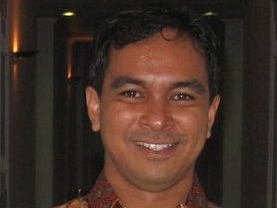 Usually if we talk about policing or shaping, we mention about burst size to calculate time window for desired policing rate. It is the max size of packets that can be sent in that time window. Btw, i am not from service provider unfortunately

This is probably something you will have to get your service provider to answer. Different service providers use the term burst in a different context. Some SP's are "NICE' and will setup no policer or shaper and will purely monitor the link for fair use allowing you to exceed what you have purchased as long as you don’t abuse the privilege. Other Serves providers may setup a dual rate policer with a CIR and a PIR to achieve the same. a 3rd scenario is as explained above where the SP will setup a policer for 100Mb/s and then calculate the burst value at 1/8 of a second (or less in some cases) which allows your traffic to burst to full line rate for that time slice,

There are other scenarios but the point I’m trying to make is that service providers don’t all do this the same way which is why you should ask them what they mean and how long your traffic would be allowed to burst to line rate.

Beginner
In response to pieterj

Thanks PJ for the answer. Could you please give me the configuration of Policing using CIR and PIR on Cisco device, considering that the ISP uses the second scenario as explained by you.

Latest Contents
(Podcast) S8|E39 The Future of Wireless
Created by Amilee San Juan on 09-28-2021 08:12 AM
0
0
0
0
Listen: https://smarturl.it/CCRS8E39 Follow us: twitter.com/CiscoChampion5G and Wi-Fi 6, the next generation of mobile wireless technologies are here! But what does that mean? Where and how is 5G being deployed? What is Wi-Fi 6? Who’s on first? ... view more
loadbalancing identify member or path a flow takes on ECMP o...
Created by xthuijs on 08-04-2021 06:26 AM
0
0
0
0
The question loadbalancing is one of the more complex items in hardware forwarding. of course we have talked about it many years on cisco live (id 2904) with ever incrementing more detail. and there is the support forum article on loadbalancing. while it... view more
How to scale IOS-XR Telemetry with InfluxDB
Created by Bruno De Oliveira Novais on 07-30-2021 11:39 AM
1
5
1
5
IntroductionArchitecture Building BlocksIOS-XR RoutersConfigurationPerformance VerificationOptimizationStrict timerSome more verificationThe CollectorInfluxDBDatabase statistics and HealthClosing comments This document was written in collaboration with: ... view more
IOS-XR MPLS TE Auto Tunnel Backup Bandwidth Protection
Created by yosef_manasseh on 07-03-2021 08:25 PM
0
0
0
0
IOS-XR MPLS TE Auto Tunnel Backup Bandwidth Protection Current Implementation of MPLS TE Auto Tunnel BackupPotential issue with current implementation of MPLS TE auto tunnel backupEnhancement to MPLS TE auto backup in IOS XR 7.5.1Supported HardwareConfig ... view more
SNMP，some question about the CISCO-ENTITY-SENSOR-MIB value??...
Created by 00uu8zw0rf3DPJspe5d6 on 06-23-2021 02:36 AM
2
0
2
0
we are trying to monitor the Cisco 9148s SFP status, and have get the Sensor's dBm value from the CISCO-ENTITY-SENSOR-MIB table, meanwile , it has an Index value like "30000xxxx",such as "30001773", entsensorValueTable but we can't sure how to l... view more
Ask a Question
Create
+ Discussion
+ Blog
+ Document
+ Event
+ Video
+ Project Story
Find more resources
Discussions
Blogs
Documents
Events
Videos
Project Gallery
New Community Member Guide