Cisco Community
English
Register
Login
RegisterLogin
Options
Turn on suggestions
Auto-suggest helps you quickly narrow down your search results by suggesting possible matches as you type.
Showing results for
Search instead for
Did you mean:
9589
Views
0
Helpful
6
Replies
Highlighted

Issues with roaming between and general connectivity with (Cisco) Meraki APs

We have a building with 3 floors (1st floor is manufacturing, 2nd floor is offices, as is the 3rd), with many laptops that frequently travel around to meetings, whiteboard sessions, and so on. We have about 175-200 clients active at any given time, all of which are using our "corporate" SSID with RADIUS authentication, handled by 2 x Aruba ClearPass Policy Manager appliances. We have 21 Meraki APs (mix of MR12, MR16, and MR24, though mostly MR16) handling all of these roaming devices. Our environment is small enough that we have a single /24 for this SSID, so we are not doing any kind of Layer 3 roaming (though you could argue we're doing Layer 2 roaming, between APs). We do not have any MX appliances on-site (I know these are popular with environments that require a concentrator, but I don't see the use for this in our case).

In the past, though it seems to be getting worse as time goes on, we've had intermittent issues with devices either being completely disconnected when roaming from one AP to another (then reconnected a few seconds later, dropping all network connections), or (even more common) sitting in a conference room or workspace and seeing their signal strength jumping from 4 bars, to 1 bar, to 4 bars, and so on. Along with these issues, we see lots of "802.1X deauthentication", along with "802.11 disassociation - unknown reason" messages in the logs. Rebooting APs and running standard packet captures (as Meraki support does) really hasn't produced anything helpful. We have some traditional Cisco WLC 5508s in service as well for some of our other locations, which are providing remote LWAPP APs with connectivity, using the same SSID and RADIUS configuration. We don't appear to have any of these random drops in signal, or trouble with roaming, when clients are using those. I should also add that we're using SAP at times, and the number of client disconnects we get using the Meraki-provided network is ridiculous (to the point where we simply advertise that our users cannot reliably use wireless to access SAP resources).

I know there have been several discussions on Spiceworks about roaming, client roaming aggressiveness, different wireless band selections, and so on. Unfortunately, we've tried many of these tweaks (that is, disabling Band Steering, setting Roaming Aggressiveness on clients to both low, medium, and high, and even reducing the number of APs in our environment to avoid over-saturating with available points our clients can associate to), and haven't had much success with any of them. Like others, Meraki support has been marginally helpful, citing knowledgebase articles and best-practices therories,.

So, my questions for anyone willing to answer/add input are:

We're heavily invested in Meraki as a platform, so changing to a different solution entirely simply isn't an option for us (though I concede that at least in terms of roaming, the older Cisco WLC platform does a far better job).

Any help or input you can provide is greatly appreciated. Many thanks in advance.

Labels:
3 people had this problem
I have this problem too
0 Helpful
Reply
6 REPLIES 6
Highlighted

End of the day Meraki & Cisco are same company now.

I think best would be to escalate this to your Meraki/Cisco AM & get them to fix this for you.

NB: I haven't got any large scale experience with Meraki product to comment about the roaming issues you are having.

At present , People replying on this support platform are mostly  Cisco product specialist only until there are Technology related questions. Meraki is also a Cisco Product now but to look for Meraki experts at present , the other support forum you mentioned would be able to help more.

In general , for a layer 2 roam , the client should look and send re-association request to the target AP and if there are no coverage holes , the other  AP should directly go in to 4 way handshake taking mush less time than the full dotx authentication and retain the same ip address as well.

Enthusiast
In response to Dhiresh Yadav

As per my knowledge the  Mobility groups with mobility domain same like converge access setup should work. 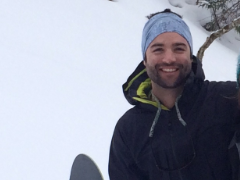 I have seen this a bit with Meraki in the EDU space (that is where Meraki is used heavily).  Unfortunately I do not have a solution to the problem.  I do know it is focused on the 802.1x WLANs and does not seem to affect the other types of authentication.  I feel like it may be related to a timeout issue to the RADIUS server.  Implementing a secondary RADIUS server has helped.  Also make sure you enable fast reconnect under your PEAP settings on your wireless profile.  This example is specific to Microsoft NPS:

If you find anything that helps, please post.  Thanks

Beginner
In response to nathanjscott

Thanks for your thoughts, Nathan. We do actually have the "Enable Fast Reconnect" option selected on our wireless profile. Good idea, though.

We did also (originally) have 2 RADIUS servers defined within our wireless network. What we discovered was that each Meraki AP will try each one in order, top-to-bottom, and then primarily use the server that responded to it first. So, if for any reason you have a short-lived issue with your local RADIUS server responding to requests, and the AP is able to talk to a remote RADIUS server (in our case, one on the other side of the world) instead, the AP will elect to use the remote RADIUS server instead. In our case, the latency is high enough between these APs and this remote RADIUS server that while a client is roaming between APs, and having to re-authenticate, the entire process breaks down because (1) the client is moving between APs faster than the remote RADIUS server can authenticate the client, and (2) the entire exchange and communication ends up timing out -- thus forcing a manual re-connect. This is not a common occurrence by any means, but I just wanted to share what made us later choose to define only 1 RADIUS server, in the network settings. Surely our circumstance here is rather unique, but I thought it might be worth mentioning. Having only 1 RADIUS server defined forces ALL of our APs to use the same RADIUS server, regardless of anything else. It has resulted in a much smoother re-auth process for our clients.

I appreciate the link you sent, however. If I come across anything else that is helpful, I'll certainly post it back here. I appreciate your input once again!

Hey, we have had similar roaming issues on our Meraki Infra, especially with Apple TV's and Airplay streaming, we use it heavily in our school.

Apart from the generic responses from Meraki Support, we really didn't get much help.Our older Cisco WLC infra worked much better for our Apple TV's.But since some Upgrades, we have noticed that the wireless is actually more stable.

BTW how is it working for you now?

Latest Contents
All Things LTE…4G, 5G and Whatever’s Next - Community Live
Created by ciscomoderator on 09-23-2020 11:00 AM
0
0
0
0
This event was scheduled for September 23rd, but it has been moved to November 10 due to complex and unexpected circumstances. We apologize for all the issues this may cause. Community Live- All Things LTE…4G, 5G and Whatever’s Next (Live event - formerly... view more
distance between ap 1815i  and camera surveillance
Created by Dhikra Marghli on 09-23-2020 12:32 AM
11
0
11
0
Hello i have acces point 1815i    cisco and we want installed in entreprise and we have camera surveillance wireless  cisco  so i want to know how much distance between ap 1815i  and camera surveillance wi... view more
9800-40 wireless controller with DNA Essential Smart Licenci...
Created by JMCNEL on 09-17-2020 10:01 AM
1
0
1
0
We want to broadcast a SSID (and allow users to connect) between certain times each day, and then take it offline. Unfortunately we dont have prime and only DNA Essential Smart licencing. All documents that I am seeing is that its possible if you have pri... view more
QOS traffic shaping for WIFI
Created by Jean Paul Enerst on 09-09-2020 02:37 PM
0
0
0
0
Hi all,I am looking for some guidance here, and  I am quite certain that some of you, great minds, will be able to stir me in the right direction here. And a big thanks in advance. Here we go, i have three sites connected over private link MPLS.... view more
Wifi6 - C9120 - Setup default gateway is mandatory or not?
Created by Elrick Landon on 09-08-2020 12:44 AM
1
0
1
0
Hi to all I purchase new AP C9120AXE converted to EWC.I notice when AP is booting a message related to default route not set that it says that can affect performance.Message is : %Default route without gateway, if not a point-to-point interface,... view more
CreatePlease login to create content
Discussion
Blog
Document
Project
Video
Related Content
Discussions
Blogs
Documents
Events
Videos
Projects
Content for Community-Ad