Turn on suggestions
Auto-suggest helps you quickly narrow down your search results by suggesting possible matches as you type.
Showing results for
Search instead for
Did you mean:
Start a conversation
Options
1065
Views
0
Helpful
3
Replies

I'm trying to map out expected behaviours on a couple of BGP configurations.

There are two ISP's feeding into my datacenter.  We're advertising and receiving default routes only and the negotiated keepalive for each is 30 seconds.  The BGP timeout is, therefore, 90 seconds.  At that time, routes for the primary ISP drop from the routing table and the secondary ISP routes are activated.  I figure no more than 30 seconds for that, probably only a few seconds.

These default routes are being distributed to an internal router so that internal hosts can access the Internet.  The keepalive for that connection is 60 seconds, so the BGP timeout would be 180 seconds.  At that time there would be a static route steering traffic over a secondary link to & from another datacenter.

It would seem that, in the event of a BGP reconverge, that the two timings overlap in such a way that the ISP reconvergence would overlap the external - internal timing and, in effect, never actually show a break in service.  The internal router would, at some point in it's timing cycle, receive the new default route and simply replace the old, stale route in the routing table.

I first wondered if the two timeouts would concatenate, making a possible break of 270 seconds, but the three BGP sessions (2 ISP sessions, one external - internal session) are timed independently and wouldn't have any time in which there would be no default route in the internal router's tables.

If someone could confirm, deny, or correct any mistaken assumptions or calculations, that'd be great!

Could you provide a drawing of the network?

To answer the first question, it depends on how your circuit breaks.  If the routers on either side do not see the interface go down then the timers apply and could be up to 90 seconds for failover.

BGP timers should not impact when your internal router received an update unless you need that session to drop as BGP updates its routes fairly quickly.

Beginner
In response to trfinkenstadt
Options 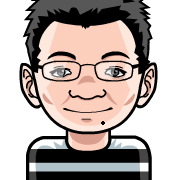