Turn on suggestions
Auto-suggest helps you quickly narrow down your search results by suggesting possible matches as you type.
Showing results for
Search instead for
Did you mean:
Start a conversation
Options
575
Views
15
Helpful
6
Replies

I was thinking about building a VTI tunnel between the two, but will it work if both sides have dynamic IPs? What are my options

The ASA has a dynamic DNS hostname. I could probably get one for the Cisco 819 too if needed.

that should work (provided the group policy on the ASA can be updated dynamically using an EEM script). I'll do some testing and get back with you...

I came up with the below config. Unfortunately I could not simulate this on a 'real' network, so I am not sure if this works. The trick is for the EEM scripts to replace everything where usually the IP addresses of the remote devices would be entered (which you obviously don't know) with the dynamic DNS name.

I was able to test your config out using a Cisco IOS 15 router instead of our ASA, and it looks like our wireless carrier is NATing all our connections leaving our LTE router unfortunately. The IKEv2 is successful, but IPsec complains that the peer address is not found:

We could try and map the NAT'd IP to the dynamic DNS hostname on the LTE router, but I don't see an easy way to do that without running a small raspberry PI or computer behind the LTE router to do the DDNS update. The LTE router doesn't know it's NAT'd IP address.

I was thinking of switching to using a DMVPN. The DMVPN hub wouldn't be behind a NAT, but it would still be dynamic IP'd. Ideally, the LTE router would reach out to the DMVPN hub using its dynamic DNS hostname, but it looks like that isn't a choice in the configuration.

Do you know of a TCL script that (maybe someone made already) that can do a lookup of a hostname by pinging it (the dynamic DNS hostname), capture that IP address, and do a "config t" and change the configuration to use the resolved IP address?

!===== Looks like it's not possible to reference a hostname with the following command =====!

Thanks Georg. Looks like I don't have event manager applets on my ASA code 9.1(7)32.

This is an ASA 5510, so I don't think I can get event manager applet support on it. It is EOL and very old unfortunately.

Thanks for your time though : ) 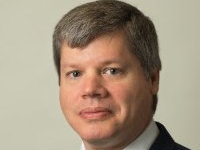 I have done something similar to this with an 829 on a cell connection that is NAT'd by the provider. I used EZVPN in network extension mode to connect to the ASA with a dynamic host name (and still do). It used to be a 5505, then became a 5506, and is now an ASA-V.