Welcome to the new Cisco Community. LEARN MORE about the updates and what is coming.
Turn on suggestions
Auto-suggest helps you quickly narrow down your search results by suggesting possible matches as you type.
Showing results for
Search instead for
Did you mean:
Start a conversation
Options
1827
Views
4
Helpful
10
Replies

I have an issue on my router which is a CISCO2911. I keep getting duplex mismatch messages by the CDP which says the other end operates on half duplex.
But I cannot see any issue on the performance of the link. No packet loss, no CRC.
And my interface is configured with duplex auto, and it operates on Full duplex.
So it negotiates to Full with the connected device and that means it is also on auto negotiation because if it was hardcoded full then my interface would be on half.
And if the connected one was hardcoded half, then I would see CRC and this message. But there is no problem as I mentioned.
Also when I set the interface to fix full then it remains down.

The other device is a C2960 switch but I do not have access to it.

I know it would be "fixed" if I turned off the CDP on the interface but I would like to know the reason of this. Is it a bug?

%CDP-4-DUPLEX_MISMATCH: duplex mismatch discovered on GigabitEthernet0/1 (not half duplex), with XXXXXX FastEthernet0/10 (half duplex)

Try specifying your router to use CDPv2.

It is CDPv2 by default. It is the same without CDPv2 advertisements as well.

I have no access to the switch as I said but as soon as we find out who owns it we will try the upgrade.

I am suspecting the culprit is the switch.  I've dealt with switches running very old IOS and when they connect up to another switch or a router, the switch will auto negotiate to half duplex.  The "workaround" was to hard-code the speed and duplex.

Yes, but if the switch was on half duplex we should get CRCs on our end and the performance should be very bad. But I cannot see any problem regardless the messages.

Check to ensure the switch doesn't have any q-in-q tunneling going on.  If the other end of the l2tunnel has it's duplex out you'll see the message on this end as CDP is tunneled through the switch.

Beginner
In response to bmcginn
Options

This is actually a WAN connection and the CDP should be tunneled all the way between the CE and PE routers. Also, the provider uses q-in-q as well. I do not have access to the switch.

But how can I see the switch in CDP when it is hidden by the tunnel?

The PE router has it's duplex as full for sure. So why do I see a duplex mismatch?

I doubt that anything was on half duplex on the way between the PE and CE. And if the l2tunnel is configured I shouldn't see the switch, right?

Beginner
In response to prcsdm001
Options

When I say WAN connection it means there is an MPLS connection. I have access to the CE and PE routers and nothing else. The PE router is a Juniper and it is connected to the provider's metro switch through a trunk link and each customer has it's own subinterface on the PE. And there is q-in-q between the PE and the metro switch. And there is q-in-q in the provider's network too.

I actually cannot tell you where the mentioned switch is but somewhere between the PE and CE.

And there should be l2tunneling all the way as the providers use it usually. So actually I should not see anything in the CDP table. But this switch is still there and I am getting the duplex mismatch message. But if something was on half duplex on the way we would have some issues with the performance on the link. 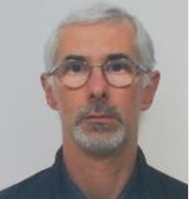 Beginner
In response to e.ciollaro
Options

By the way, the auto-negotiation process depends on the speed not the type of the interface:

Of course, anything can happen when different type of devices are connected by different vendors but this is the IEEE standard.

And my interface has speed 100 which is hardcoded, not negotiated. So its duplex would be half when the negotiation fails.

I just had this issue on a Cisco 3750 stack connected to a juniper cluster.


-If I helped you somehow, please, rate it as useful.-
0 Helpful
Share
Reply