Cisco Community present at Cisco Live EMEA 2023. See you in Amsterdam! Learn more.
Turn on suggestions
Auto-suggest helps you quickly narrow down your search results by suggesting possible matches as you type.
Showing results for
Search instead for
Did you mean:
Start a conversation
Options
7803
Views
15
Helpful
6
Replies

I get the error message saying:

Any idea where im going wrong or is it not possible to do this in N5K?

I may be answering a slightly different question but here goes: Are you sure you need the

Are you perhaps confusing this feature with route refresh, a different feature?

It appears that most people do not differentiate between these two features. They provide the same functionality but use vastly different means of accomplishing them.

is an ancient workaround about BGP's former inability to ask a neighbor to repeatedly resend a set of routes. Cisco devices have traditionally solved this problem by storing a separate, unfiltered copy of all routes received from a particular neighbor configured with the

command. Every change on the inbound policy would then simply re-filter the routes from the unfiltered database maintained on a per-neighbor basis. An obvious disadvantage of this approach is the amount of wasted memory to keep unfiltered BGP databases for each neighbor for which you have configured the

In RFC 2918 which is 15 years old by now, a new BGP message was standardized: the Route Refresh message. Using this message, a BGP router can ask its neighbor at any time to resend a particular family of routes (IPv4 routes, IPv6 routes, etc.). No storing of unfiltered databases is necessary anymore. In addition, this Route Refresh is negotiated and used automatically as soon as both routers support it.

Now, your Nexus tells you right away:

It is telling you that both your Nexus (advertised) and its neighbor (received) support the Route Refresh feature, and as a result, they will be using it automatically, without you configuring anything in particular.

It is possible that NX-OS tries to do things the smart way, and when it finds out that both peers support Route Refresh, it uses it in place of

even if you have it configured. I am not fluent in NX-OS so I cannot comment on that with certainty but it is a possibility.

In any case, to show the routes received from a neighbor, you should use just

Would you mind trying this out? If this works for you then I suggest that you remove the

from your configuration. It seems to be useless in your (and in most people's) case.

Thanks for the enlightenment! Ive always used this feature to see recived routes, now i know better. Still, im afraid it doesnt work. I tride with and without the

command. But i still get an error:

Strange... Seems more like the feature is not there or if there is a bug. I run this config on other Nexus routers, N7K for example. It works like a charm..

Oh, now when i type:

I get the recieved routes. But if i add "received" after the "routes" statement i get the error. Well it worked. Thanks alot for the help. I will now remove all soft-reconfig statements. :)

Beginner
In response to m.o.andersson_2
Options

The issue is with your configuration. You must add the keyword always. 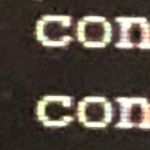