Cisco Community
English
Register
Login
Join us in congratulating October's Spotlight Award Winners!
RegisterLogin
Options
Turn on suggestions
Auto-suggest helps you quickly narrow down your search results by suggesting possible matches as you type.
Showing results for
Search instead for
Did you mean:
815
Views
5
Helpful
18
Replies

I use the policy map below to limit the subscriber, but when I try to use the whole package or when the speed test is at full load on router, I see packet losses. Anyone know the reason? 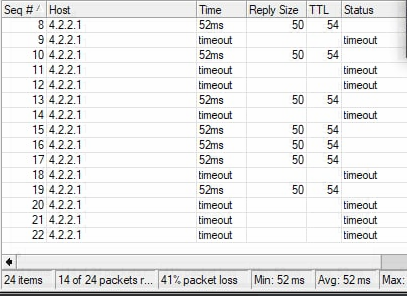 Labels:
Preview file
49 KB
I have this problem too
0 Helpful
Reply
18 REPLIES 18

Working with shape. However, when the traffic is 20, the delays (ms) increases, probably due to the shape structure.

Cisco Employee
In response to prague

Beginner
In response to Aleksandar Vidakovic

We're not rate limit pppoe right now. We are only limiting the interface as in the configuration I just wrote.. There is no such problem in our TR card type, on the same ASR9K in our tests.

I think this issue is related to our A9K-MOD400-SE card. Could the limiting structure be different?

Cisco Employee
In response to prague

When you have an ingress policer applied to the subscriber interface and there's congestion, policer will start dropping. PPPoE keepalive packets are not getting preferential treatment, so they may be dropped as well. If 3 consecutive PPPoE keepalives happen to be dropped, subscriber session will flap.

The question is how realistic is this in real life scenario. By far the most traffic that subscribers originate is TCP. TCP window mechanism will never allow the subscriber to continuously generate high traffic rate, so the ingress policer may only instantaneously become oversubscribed. In that scenario it's highly unlikely that three consecutive PPPoE keepalives are dropped by the policer.

Btw, the config snapshot that you have shared from TenGigE0/0/0/0 is not likely to be from a BNG solution. Can you share the "sh subscriber running-config ..." and "sh policy-map interface"?